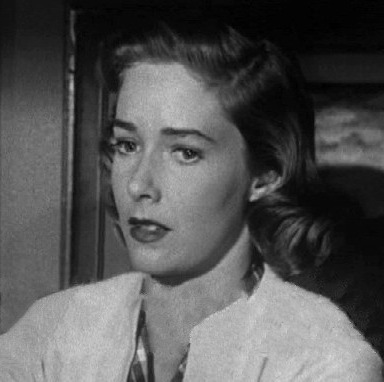 She grew up first in Pratt, Kansas, and later lived in Wichita, where she worked nights as a Western Union operator-typist and graduated from Wichita North High School in 1947. She was crowned Miss Kansas in 1948 and was the third runner-up in the Miss America contest. When she appeared as a contestant on the April 4, 1951, edition of the Groucho Marx quiz show You Bet Your Life described as "a beauty contest winner," Marx asked her about some of the titles she held. She replied, "I was first Miss Chamber of Commerce and then Miss Wichita and then Miss Kansas and Miss Texas Grapefruit and recently I've been chosen Miss New Maid Margarine and I had the honor to represent Kansas in the Miss America pageant."[citation needed]

Miles moved to Los Angeles in 1950 and landed small roles in television and film, including a minor role as a chorus girl in Two Tickets to Broadway (1951), a musical starring Janet Leigh, with whom Miles co-starred nine years later in the classic Alfred Hitchcock film Psycho. She used her first husband's name, Miles, because there already was an active film actress who went by the name Vera Ralston. Miles eventually was put under contract at various studios. She once recalled, "I was dropped by the best studios in town."[3]

Miles' first credited film appearance was in The Rose Bowl Story (1952), a romantic comedy in which she played a Tournament of Roses queen.

While under contract to Warner Bros., Miles was cast alongside her future husband Gordon Scott in the 1955 film Tarzan's Hidden Jungle as Tarzan's love interest. The following year, she was cast by director John Ford as Jeffrey Hunter's love interest in the John Wayne western The Searchers (1956), and appeared in the movie 23 Paces to Baker Street with Van Johnson. Also in 1956, Miles starred as Rose Balestero, the fragile wife of Manny Balestero, a musician falsely accused of a crime played by Henry Fonda, in the film The Wrong Man. The movie was directed by Alfred Hitchcock, and is one of only a few Hitchcock films based on real-life events.

Signing a five-year personal contract with Hitchcock in 1957, Miles was widely publicized as the director's potential successor to Grace Kelly.[5] (Two years prior, Hitchcock had directed Miles in the role of Ralph Meeker's emotionally troubled new bride in "Revenge", the pilot episode of his television series Alfred Hitchcock Presents).

Vertigo (1958), a project Hitchcock designed as a showcase for his new star, was met with production delays. Miles' subsequent pregnancy would cost her the lead role which eventually went to Kim Novak, with whom Hitchcock clashed.[citation needed] Vertigo (which also starred James Stewart) was not a financial or critical success at the time, with Hitchcock claiming that Novak was miscast. Despite Hitchcock's disappointment regarding Vertigo, he continued to work with Miles, eventually casting her in what is arguably the role for which she is most remembered, that of Lila Crane in Psycho. Miles would later appear in two episodes of The Alfred Hitchcock Hour (in 1962 and 1965).

In 1962, Miles reunited with director John Ford for the film The Man Who Shot Liberty Valance. Starring alongside her former co-star from The Searchers, John Wayne, she is pursued by both Wayne and James Stewart, two very different men competing for her hand in marriage (Stewart wins).

In addition to her film appearances, Miles was featured in many popular television shows throughout her career, including Wagon Train, Laramie,[6] The Twilight Zone and the western series Riverboat, starring Darren McGavin and Burt Reynolds. She also co-starred in the first episode of ABC's The Fugitive (titled "Fear in a Desert City"), as well as guest-starring in episodes of The Outer Limits, Burke's Law, The Eleventh Hour, The Man from U.N.C.L.E. and Ironside.[3]

In 1965, Miles had a supporting role in three episodes of the CBS series My Three Sons. The same year, she co-starred with lead actors Robert Culp and Bill Cosby in the pilot episode of the TV series I Spy entitled "Affair in T'Sien Cha" (although the pilot was not actually broadcast until midway through the series' first season).[3]

Other notable films in which Miles appeared included the Walt Disney film Follow Me, Boys! (1966) with Fred MacMurray, and Hellfighters (1968), reuniting again with John Wayne. Miles had also filmed scenes with Wayne for the movie The Green Berets (also 1968), playing Wayne's character's wife. However, with Warner Bros. wanting more action in the film, her scenes were cut.[7]

Miles continued to appear in numerous TV films and TV series during the 1970s, including the pilot for the TV series Cannon (broadcast in March 1971) as the wife of a deceased war comrade of private investigator Frank Cannon, played by William Conrad. She would guest star in a further two episodes of the series in different roles during its run. In 1973, she appeared alongside Peter Falk in "Lovely But Lethal", an episode of NBC's Columbo, playing a cosmetics queen who commits murder. She also made guest appearances in episodes of Hawaii Five-O, The Streets of San Francisco and Fantasy Island amongst others.[3]

In 1983, more than 20 years after Psycho, Miles reprised the role of Lila Crane in Psycho II, joining Anthony Perkins in the sequel. Miles and Perkins were the only stars of the original film to appear in this second instalment. Miles would continue to appear in a number of TV and film productions during the 1980s, with appearances in the movies The Initiation (1984) and Into the Night (1985), and guest starring in episodes of the TV series The Love Boat (1982-1984) and Hotel (1984-1987). She also appeared alongside Angela Lansbury in the TV series Murder, She Wrote, guest starring in three episodes broadcast in 1985, 1990 and 1991 respectively. The 1991 episode, entitled "Thursday's Child", would mark her final television role. Miles would act just once more, appearing alongside James Belushi in the film Separate Lives (1995), before retiring from the industry.[3]

By sheer coincidence all three of Miles' ex-husbands died within a short timespan of each other. Her third husband, Keith Larsen died on December 13, 2006; first husband, stuntman and small-part actor Bob Miles died on April 12, 2007; and second husband, actor and bodybuilder Gordon Scott, died 18 days later on April 30, 2007. Miles had been married to her fourth husband, director Robert Jones, from 1973 until their divorce in 1975.

Miles is a Republican and she was supportive of Dwight Eisenhower's re-election campaign during the 1956 presidential election[8].

Miles lives in Palm Desert, California and does not grant interviews or make public appearances, although she is well known for corresponding with her fanbase. One of her grandsons, actor Jordan Essoe, met with actress Jessica Biel in 2012 in preparation for Biel's portrayal of Miles in the film Hitchcock.[9]