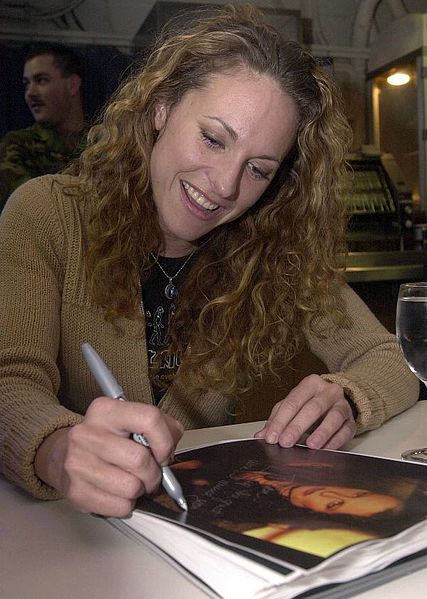 Jerri Manthey was born in Stuttgart, Germany, to American parents and attended both high school and college in Germany.[1] Manthey's father, Cyril, was a career member of the United States Army and served several years in Germany. In 1991, Manthey worked for Hooters at their Huntsville, Alabama restaurant before moving to their restaurant in Oklahoma City.[2] She later appeared in the Summer 1992 edition of Hooters magazine with country singer Vince Gill.[2] Manthey worked as a bartender in Los Angeles while attempting to build an acting career.[1]
Read more...

In 2001, Manthey appeared on the television reality show Survivor: The Australian Outback.[1] She was frequently involved in conflicts with the rest of the cast, earning her a degree of notoriety. Following her appearance on Survivor, Manthey appeared on the reality shows Blind Date, The Surreal Life and The Joe Schmo Show.[3] Manthey also appeared in the 2004 series Survivor: All-Stars,[3] and also appeared in the 20th season of the show Survivor: Heroes vs. Villains as part of the Villains tribe originally, surviving until the merge and becoming a member of the Yin Yang tribe.[4] She finished in fourth place.

On March 3, 2010, while Survivor: Heroes vs. Villains was still being aired, Manthey was removed from a US Airways flight in Charlotte, North Carolina after a disagreement with the flight crew. She posted an open letter to US Airways management on her Facebook page sharing the details of her experience.[6]

Prior to Hooters' 2010 International Swimsuit Pageant, Manthey was inducted into the Hooters Girls Hall of Fame.