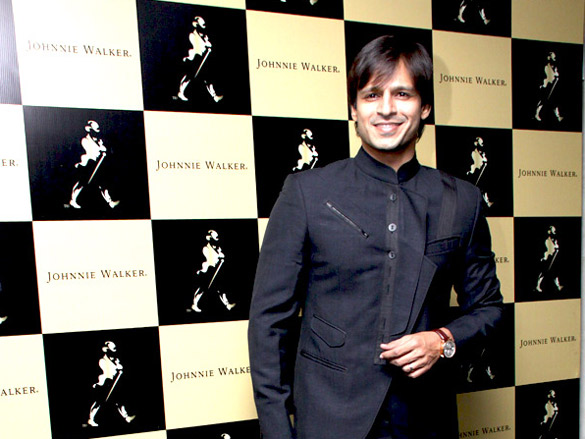 Vivek Oberoi (born 3 September 1976) is an Indian film actor, philanthropist and entrepreneur. He predominantly appears in Hindi films. He has portrayed a variety of characters and has won many awards, including two Filmfare Awards from five nominations. He is the son of Bollywood actor Suresh Oberoi.

He made his Hindi film debut with Ram Gopal Varma's super-hit Company (2002). His performance in the film earned him several awards including the Filmfare Awards for Best Male Debut and Best Supporting Actor. Following this he achieved wider success for his performances in the 2002 romantic drama Saathiya, the 2004 comedy Masti, the 2005 natural horror Kaal and the 2007 biographical action Shootout at Lokhandwala.

Oberoi garnered critical appreciation for portraying a ghost in the 2003 anthology slasher horror fantasy Darna Mana Hai, a wealthy young man who unwillingly enters politics in the 2004 political thriller Yuva, a local village boy torn between Karma (the noble deed) and Dharma (the duty) in the 2005 musical Kisna: The Warrior Poet, a character based on William Shakespeare's Cassio in the 2006 crime film Omkara, a Muslim American war journalist in the 2009 romantic thriller Kurbaan and Paritala Ravindra in the 2010 biographical political action thriller Rakta Charitra. His biggest commercial successes include the comedy Grand Masti and the superhero Krrish 3 (both 2013).

In addition to his acting career, Oberoi is noted for his philanthropic work. He was awarded the Good Samaritan Award from Rotary International for his work with Project Hope and the Red and White Bravery Award in 2006 for helping re-build a village which was hit severely by tsunami. He has also founded The Yashodhara Oberoi Foundation (YOF). Oberoi serves as the World Health Organization's anti-tobacco spokesperson. He has been involved in projects such as Project Devi, Cancer Patients Aid Association and Banyan, which works towards rehabilitating mentally challenged homeless women. He has also participated stage shows, and featured as a talent judge for three seasons of the reality show India's Best Dramebaaz. He has often turned up on PETA's annual list of Sexiest Vegetarians and is the founder of KARRM Infrastructures. He is married to Priyanka Alva with whom he has a son and a daughter.

Oberoi was born in Hyderabad, Telangana to Punjabi father Suresh Oberoi, a veteran Bollywood character actor and a Tamil mother Yashodhara Oberoi, sister of Rajkumar Mandradiar, native of Coimbatore, belonging to the Mandradiar and Palayakottai Pattakarar family of Kangeyam, erstwhile Polygar rulers of that region.[1][2] Suresh Oberoi was not an actor at the time of his marriage, but was running a chain of Medical stores which was his family business. He would later join Film and Television Institute of India.[3]

Vivek did his schooling from Hyderabad Public School and later went on to study at Mayo College, Ajmer. Thereafter, he attended Mithibai College, Juhu.[4] At an actors' workshop in London he was spotted by the director of New York University who took Vivek to New York, where he completed his master's degree in film acting.[5] Vivek also worked as a script writer in India.[6]

Oberoi made his debut with Ram Gopal Varma's film Company.[7] He received Filmfare Awards for Best Debut as well as Best Supporting Actor. He then starred in the action films Road and Dum. In Dum, he played the role of a man trying to become a part of the Indian police, but faces many troubles with a police inspector.

Next, he starred in Saathiya (2002), directed by Shaad Ali. The film was a big hit at the box office and earned him a Filmfare nomination in the Best Actor category. He starred in the comedy Masti (2004). In 2004, he also starred in Yuva. In 2005, he acted as the title character in the film Kisna: The Warrior Poet.

In 2006, he appeared in Omkara, an adaptation of Shakespeare's play Othello.[8] He played the character of Kesu, based on the character Michael Cassio in the original play. After seeing Oberoi's performance, Gulzar congratulated him.[9]

In 2007, he acted as the gangster Maya Dolas in the multi-starrer Shootout at Lokhandwala.[10][11]

In 2008, Oberoi starred in Mission Istanbul, which was directed by Apoorva Lakhia and produced by Ekta Kapoor. He performed to the song Apun Ke Saath, produced for the film by Vikas Kohli, at the 2008 International Indian Film Academy Awards.[12]

In 2009, he played a supporting role in the movie Kurbaan. In 2010, he appeared in Prince, which failed to receive a good response from the audience, despite initial box office success.[13][14] In the same year, he appeared in Ram Gopal Varma's Rakht Charitra.[15] Here, he played the role of the Telugu politician Paritala Ravi.

Oberoi is slated to play the lead role in the film Bloody Paki, that will be directed by Shaad Ali and Shiva and produced by Mani Ratnam.[16] Vivek Oberoi's film Kismat Love Paisa Dilli, which released in October 2012, failed to impress the audience and was a box office failure.[17] Vivek produced a film named Watch Indian Circus in 2011.[18] The film got featured in the 16th Busan Film festival, which had thousands of people as the audience, in the age group of 16-40 years, who voted the film as the best, and made it win the Audience Choice Award for Best Film from 3000 films worldwide and amongst 380 films screened. In 16 years of the history of Busan, this is the First Indian Film to win this acclaimed and prestigious award. The Film has already received rave reviews from international critics and reporters from Hollywood Reporter, Variety and Screen International.[19] Oberoi has dubbed the voice of Electro in the Hindi-dubbed version of The Amazing Spider-Man 2, which was released in May 2014.[20][21][22]

Oberoi worked with YRF banner's film Bank Chor, with Rhea Chakraborty and Riteish Deshmukh. Oberoi was working with this banner after 12 years.[23] Oberoi is going to make his Malayalam Debut with Mohanlal in Prithviraj Sukumaran's directorial debut, Lucifer.[24]

Oberoi was awarded the Red and White Bravery Award in 2006 for helping re-build a village which was hit severely by the tsunami. Oberoi was in Chennai when disaster struck and assembled six truckloads of relief supplies and also adopted a tsunami-ravaged village in the Cuddalore district of Tamil Nadu.[25] Oberoi and his family founded The Yashodhara Oberoi Foundation (YOF). Oberoi serves as the World Health Organization's anti-tobacco spokesperson. He is involved with several charities in Chennai and Mumbai. His work with Project Hope to bring relief to victims of the 2004 Indian Ocean tsunami earned him a Good Samaritan Award from Rotary International.[26]

Oberoi with his wife Priyanka, in 2012

He did a lot of philanthropic activities such as Project Devi, Cancer Patients Aid Association and Banyan, which works towards rehabilitating mentally challenged homeless women. In all, Vivek has donated about ₹ 3 million and helped raise ₹ 25 million.[27]

He credits Kareena Kapoor as his inspiration for adopting a vegetarian diet, and he has often turned up on PETA's annual list of Sexiest Vegetarians.[32][33]

Vivek Oberoi’s company KARRM Infrastructure has donated 25 flats in the Thane district of Maharashtra to the families of Central Reserve Police Force officers killed in action.[34] [35]