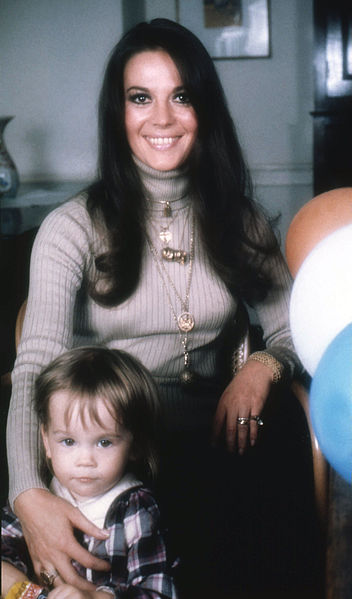 Gregson Wagner is the daughter of American actress Natalie Wood (1938-1981) and British producer Richard Gregson (born 1930).[1] Her godmother was actress Ruth Gordon.[2] Her parents separated when she was ten months old, and later divorced.[3] Her mother remarried actor Robert Wagner in 1972, and together they had a daughter, Courtney Wagner (born 1974).[2] Her aunt is Lana Wood.

On November 29, 1981, Natalie Wood drowned near Santa Catalina Island.[1] After her mother's death, Gregson Wagner and her sister Courtney were raised in California by Wagner and his wife, actress Jill St. John.[2][4]

Gregson Wagner attended Crossroads School in Santa Monica.[4] She went on to Emerson College and later transferred to the University of Southern California. She left in 1992 to pursue an acting career.[2]

Gregson Wagner's first film role was as Lisa in the film Fathers & Sons in 1992. She then had a small role in the movie Buffy the Vampire Slayer. Following that film she starred in several TV movies including Modern Vampires, Hefner: Unauthorized, and The Shaggy Dog. In 1995, she starred with her step-father Robert Wagner in a Hart to Hart TV movie. She starred in the Wes Craven film The Outpost. In 1996, she co-starred with Jon Lovitz in the comedy High School High. She played Lou in the 1997 film Two Girls and a Guy. Gregson Wagner had a small role in the 1998 thriller Urban Legend. That same year she guest starred in an episode of Ally McBeal. In 1998, she appeared in Another Day in Paradise with Vincent Kartheiser and Melanie Griffith.

In 2000, she had roles in Stranger Than Fiction and High Fidelity opposite John Cusack. In 2003, she played Barbara Richardson in the movie Wonderland. In 2004, she had a role in the Hallmark movie, Angel in the Family playing the part of Beth.

Gregson Wagner had a seven-year relationship with Josh Evans, son of Ali MacGraw and Robert Evans.[5] She was married to screenwriter D.V. DeVincentis from October 2003 to January 2008.[6]

On May 30, 2012, Gregson Wagner and actor Barry Watson had a daughter, Clover Clementyne Watson.[7] The couple have since married.[8]

Report a problem
Write to Natasha Gregson Wagner at FanPal • 2022