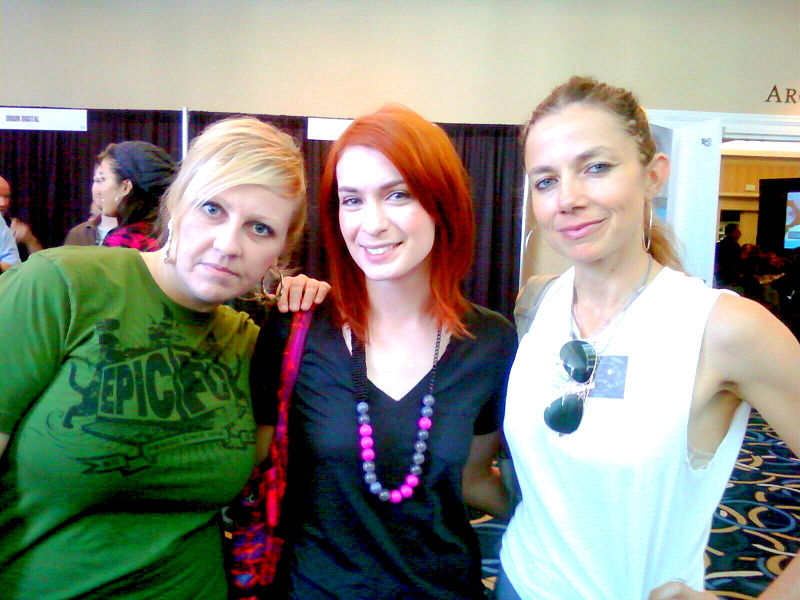 Bateman was born in Rye, New York, US,[1] to Victoria Elizabeth, a former flight attendant for Pan Am who was originally from the United Kingdom, and Kent Bateman. She is the sister of actor Jason Bateman.[2]

She attended Taft High School in Woodland Hills, California. However, Bateman could not attend college due to her contractual obligations with Family Ties. Bateman stated that she was informed by the series' line producer Carol Himes, "You’re under contract to Paramount Studios."[3] Bateman instead earned her college degree later, in 2016, from UCLA.

Bateman at the 1987 Primetime Emmy Awards

Bateman's most prominent acting role began when she was a teenager, playing the role of superficial Mallory Keaton on the television sitcom Family Ties in 1982; she continued the role throughout the show's run which ended in 1989.[4] In 1984, Bateman starred in the episode, "Mookie and Pookie" from the Tales from the Darkside series. She hosted an episode of Saturday Night Live during its 13th season in 1988.[1]

The following year she ceased her Family Ties role, for which she was nominated for two Emmy Awards and a Golden Globe Award.[5]

In 1996, she guest starred on Lois & Clark: The New Adventures of Superman as the character Sarah/Zara in four episodes — two at the end of season 3, and two at the beginning of season 4.[1] In the 1996-97 NBC American version of the British TV comedy Men Behaving Badly,[6] featuring Rob Schneider and Ron Eldard, she starred as Sarah, Eldard's character's girlfriend.[1] Bateman returned to TV with the 2003 Showtime mini-series Out of Order, alongside Eric Stoltz, Felicity Huffman and Bill Macy.[7]

In the third season Arrested Development episode "Family Ties," which was broadcast in February 2006,[8] her character is initially believed to be Michael Bluth's sister, but she turns out to be a prostitute taken advantage of by his father, and pimped by his brother. Michael Bluth was played by Bateman's brother Jason.[9]

In 1988, Bateman starred in the lead role in the motion picture Satisfaction.[1] The film, about an all-girl musical band, also featured Julia Roberts and Liam Neeson. Bateman starred as the lead vocalist and also performed the vocals on the soundtrack. Other films include The Night We Never Met, with Matthew Broderick, and The TV Set, with David Duchovny and Sigourney Weaver.

She has acted in several web series. She acted in John August's Remnants, Illeana Douglas’ IKEA-sponsored Easy to Assemble[10][11] (for which in 2010 Bateman was among the winners of the Streamy Award for Best Ensemble Cast and was nominated for a Streamy Award for Best Actress in a Comedy Web-Series),[12] and Anthony Zuiker's digi-novel series Level 26: Dark Prophecy, in which she plays a tarot card reader.[13]

In the fall of 2007, Bateman helped produce the Speechless campaign in support of the Writers Guild of America strike. In 2004, she also launched FM78.tv, a digital production company[3][14] which became the digital production and consulting company Section 5.[citation needed] Her producing credits include the film shorts Z and Five Minutes,as well as Easy to Assemble, which garnered more than 5.1 million views during its second season.[6]

Bateman also co-produced and co-presented with fashion maven Kelly Cutrone on their internet talk show Wake Up and Get Real (WUAGR).[15] Described as an alternative to the television series The View, WUAGR was last broadcast in June 2011.[16]

Bateman wrote her directorial debut, Five Minutes. It premiered at the Toronto International Film Festival in 2017 [17]. She made her first script sale to Disney's Wizards of Waverly Place.[18] She also co-wrote the adaptation of Lisi Harrison's teenage book series The Clique for a Warner Bros. internet series.[14] Bateman's first book, FAME, a non-fiction about the life cycle of fame and society’s strong need for it, was scheduled to be published in 2018 by Akashic Books.[19]

Her directorial debut, Five Minutes, was an official selection at various film festivals, including the 2017 Toronto International Film Festival.

During a hiatus from the entertainment business, Bateman established a clothing design company in 2000. She managed it until its closure in 2003. Justine Bateman Designs was known for one-of-a-kind hand knits. It sold to BendelsNY, Saks Fifth Avenue, and Fred Segal.[20]

She served on the National Board of Directors of the Screen Actors Guild[21] until July 2009, when she resigned just before the end of her initial three-year term.[22]

Bateman is a licensed pilot of single-engine planes and a certified scuba diver.[26]