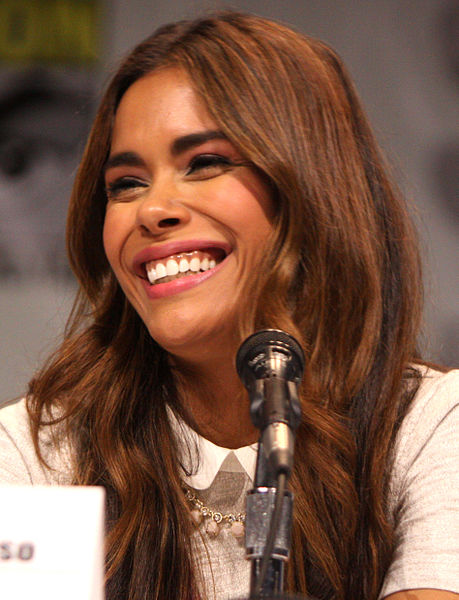 Daniella Alonso (born September 22, 1978) is an American actress and fashion model known for her roles on the NBC shows Revolution as Nora Clayton and Friday Night Lights as Carlotta Alonso. She is also known for her guest appearances as Anna Taggaro on The WB television series One Tree Hill and her lead roles in movies The Hills Have Eyes 2 and Wrong Turn 2: Dead End. Alonso starred in the first season of another NBC series The Night Shift as Dr. Landry de la Cruz.

Alonso was born in New York City. Her mother is Puerto Rican, and her father is Peruvian, of native and Japanese descent.[1] She has a brother. She has participated in karate, in which she holds a fourth level green belt. She loves animals and supports PETA,[2] most recently posing in an ad campaign that asked consumers to wear synthetic leather.[3]

Discovered by the Ford Modeling Agency, Alonso began booking jobs for teen magazines like Seventeen, YM, and Teen, which led to her booking commercials for Clairol, Cover girl, Clean and Clear, Kmart, Target, Footlocker, Volkswagen, and others. She has done over thirty national commercials and approximately 20-plus Spanish market advertisements, as well.[4]