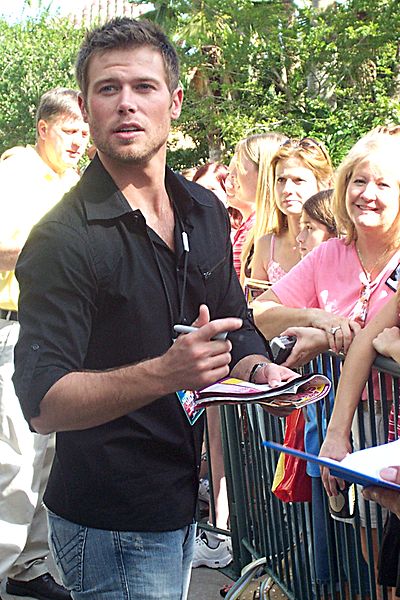 Jacob Wayne Young (born September 10, 1979) is an American actor and singer. He is perhaps best known for his role as JR Chandler on the ABC daytime soap opera All My Children and Rick Forrester on CBS's The Bold and the Beautiful. He was the second actor to portray Lucky Spencer on ABC's General Hospital.

Jacob Wayne Young was born in Renton, Washington, the youngest child of Rhonda and Michael Young, Sr.[1] and was raised in Loveland, Colorado,[2] and Roy, Washington, moving to San Diego, California at age seventeen with his mother. His parents divorced and his mother remarried to Edward Vasquez. He has one older brother and two sisters.

Young portrayed JR Chandler on All My Children from October 1, 2003 to September 23, 2011. In 2005, he was again nominated for a Daytime Emmy Award as Outstanding Younger Actor, and in 2009 he was nominated for Outstanding Supporting Actor in a Drama Series.[4][5]

In September 2011, Young reprised his role as Rick on The Bold and the Beautiful. His first airdate was September 26.[6] In April 2018, Young announced he had been dropped to recurring capacity, which he called a "blessing."[7]