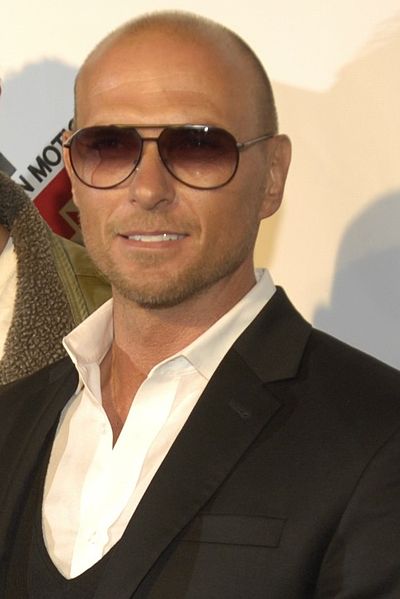 Goss, along with twin brother Matt Goss, started his career with the 1980s boy band Bros. In total he has charted with thirteen hit singles in the UK.[citation needed]

When Bros broke up in the early 1990s, Goss worked with the Band of Thieves. His autobiography, "I Owe You Nothing," was a top 10 best seller book and went on to have three subsequent printings. He also began to appear in stage musicals including Grease and What a Feeling, and has turned to acting in films full-time, with his first most notable role being the villain Jared Nomak in Blade II. He also appeared as The Creature in the Hallmark Channel's Frankenstein. Goss can be seen in the 2004 crime drama, Charlie in which he plays real-life gangster Charlie Richardson. In the 2005 comedy The Man, he starred as another villain, Joey/Kane.

In the autumn of 2008, Goss returned from filming Hellboy II: The Golden Army in Budapest, Hungary, in which he plays Prince Nuada.[1] The sequel was released in North America on 11 July 2008.

In February 2008 he signed to play the role of Steve Fox in Tekken, which was filmed in Shreveport, Louisiana. He was seen in a commercial for the new Cadillac Escalade Hybrid. In January 2010, Goss won the role as Frankenstein in Death Race 2[2] under the direction from Roel Reiné, which began shooting on location in Eastern Europe in February 2010.[3] Goss also played the lead role in Syfy's dark tale television film Witchville.[4] In May 2010, he won the Ultimate Badass Award at the PollyGrind Film Festival for his role in the zombie-vampire film The Dead Undead.

Goss was born in Lewisham, London, the son of Carol (Read) and Alan Goss.[5] Since 1994, he has been married to backing singer Shirley Lewis (who has worked with singers Elton John, George Michael, Luther Vandross, and many others), and has one stepdaughter, Carli. In January 2007, he and wife Shirley moved permanently to Los Angeles, but still maintain a residence in London.

Report a problem
Write to Luke Goss at FanPal • 2022