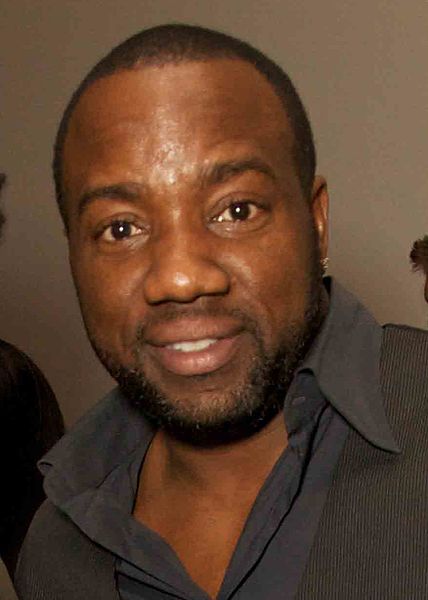 Abdul-Malik Kashie "Malik" Yoba[1] (born September 17, 1967) is an American actor and occasional singer. He is known for his starring role as NYPD Detective J. C. Williams on the Fox police drama New York Undercover and as Yul Brenner in Cool Runnings. He also appeared as former FBI Special Agent Bill Harken on the Syfy drama series Alphas, as Jim Hudson in Revolution as well as Vernon Turner in Empire.

Recently, he starred in the role of FBI Deputy Director Jason Atwood in the ABC political drama Designated Survivor.[2] He was a guest host of the popular weekly music series Soul Train in May 1997. In 2018, he joined the Netflix drama Seven Seconds as a member of a support group for parents who had lost their children.

In 1994, Yoba began his role as NYPD Detective J.C. Williams on the popular FOX police drama series New York Undercover, opposite Michael DeLorenzo. Yoba and DeLorenzo made television history, as the series was the first police drama on American television to feature two people of color in the starring roles.[6] Yoba's work on New York Undercover earned him three consecutive NAACP Image Awards for Outstanding Actor in a Drama Series (in 1996, 1997, and 1998).

An accomplished singer and stage actor, Yoba's talents were showcased in His Woman His Wife, in which he had the lead role.[7]

Yoba has also appeared in films such as Cool Runnings and Criminal. He has made appearances on the FOX television series Arrested Development as Ice, a bounty hunter whose real love is party planning, and had a recurring role as Brock Harris on the UPN sitcom Girlfriends. Yoba also appeared in the FX Networks crime drama Thief and the NBC crime drama Raines. He appeared as Gavin in the 2007 Tyler Perry film Why Did I Get Married? and its 2010 sequel Why Did I Get Married Too? In 2009, he co-starred as astronaut Ted Shaw on the futuristic ABC drama Defying Gravity. Recently, he announced his plans to bring back New York Undercover to the small screen in a modern TV series adaptation of the original series. Law & Order writer Courtney Parker penned a spec script for networks to bid on.[8]

From 2011 to 2012, Yoba appeared as former FBI Special Agent Bill Harken on Alphas, a science fiction drama series about a team of people with special abilities who belong to a secret department attached to the DOD. In 2013, Yoba joined the cast of Revolution as Jim Hudson, a former captain of the Monroe Republic. In 2015, he joined the cast of Lee Daniels’ Empire as Vernon Turner, Lucious Lyon's business partner and chairman of Empire Entertainment, playing the character through the first season.