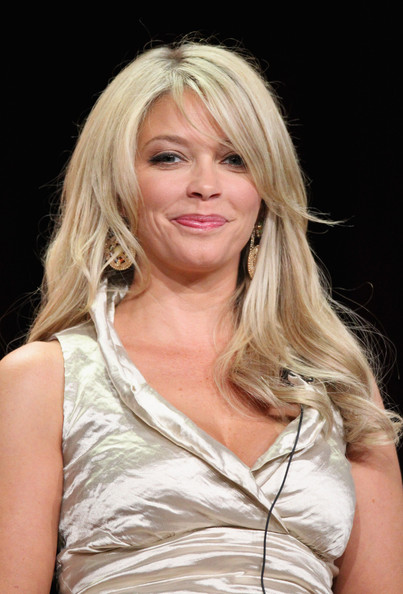 Amanda Jeannette Detmer (born September 27, 1971) is an American actress. She has made her big screen debut playing Miss Minneapolis in 1999 comedy film Drop Dead Gorgeous, and later had a supporting role in Final Destination.

Detmer was born in Vista[1] and raised in Chico. Her mother, Susan (née Thurmon), is a teacher, and her father, Melvin Lester Detmer, is a singing cowboy.[2] She attended California State University, Chico for her undergraduate education; deciding to complete her Master of Fine Arts (MFA) from New York University's Tisch School of the Arts before seriously embarking on a career in show business.[3]
Read more...

Detmer made her onscreen debut in 1995 with the television movie Stolen Innocence, and her big screen debut playing Miss Minneapolis in the beauty pageant-set comedy Drop Dead Gorgeous (1999). In 2000, she has appeared as Terry Chaney in the supernatural horror film Final Destination, and in the romantic comedy film Boys and Girls alongside Freddie Prinze Jr., Jason Biggs, and Claire Forlani.[4] The following year, Detmer had major roles in comedy film Saving Silverman with Jason Biggs, and the romantic comedy-drama The Majestic directed and produced by Frank Darabont starring opposite Jim Carrey. In 2002, she had her first star-billed role in the Metro-Goldwyn-Mayer romantic comedy film Kiss the Bride.[5] She also had supporting roles in films include Big Fat Liar (2002) and You, Me and Dupree (2006).

On television, Detmer was regular cast member on the two short-lived NBC sitcoms, M.Y.O.B. (2000) starring Lauren Graham, and A.U.S.A. (2003) opposite Scott Foley. From 2006 to 2007, she starred in the ABC comedy-drama What About Brian alongside Barry Watson, Sarah Lancaster and Rosanna Arquette.[3] In 2009, she had a recurring role in the ABC medical drama Private Practice. From 2011 to 2012, she co-starred in the another ABC series, short-lived sitcom Man Up!.[6][7] From 2011 to 2013, Detmer also had a recurring role in the USA Network drama series Necessary Roughness. She also guest starred on Law & Order: Criminal Intent, The Vampire Diaries, The Mentalist, and Two and a Half Men. In 2017, Detmer was cast in the untitled drama starring Reba McEntire for ABC, created by Marc Cherry.[8]