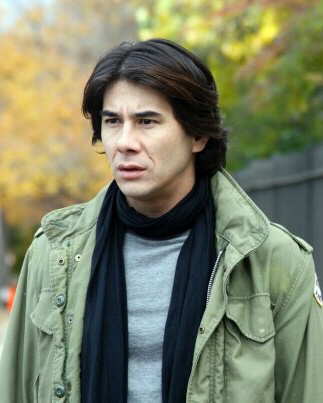 James Edward Duval (born September 10, 1972) is an American actor, who is known for his roles in the Gregg Araki trilogy—Totally Fucked Up, The Doom Generation, and Nowhere—in addition to Frank in Donnie Darko, Blank in May, Miguel in Independence Day and Singh in Go.

Duval was born in Detroit, Michigan. His family moved to California in 1974, where his sister, Terry, was born. He attended Gladstone High School in Covina (1986-89), as well as Mira Costa High School in Manhattan Beach, and Fair Valley in Covina. Although, as a child, he was trained as a classical pianist, he eventually moved to the guitar. Duval is of mixed ancestry; his mother, a native of Saigon, is of Vietnamese-French descent, and his father is of Irish-Native American-French ancestry. Duval is an avid practitioner of hatha yoga. He also teaches yoga at Earth's Power Yoga studio, Los Angeles, in between films.
Read more...

Duval has starred in numerous independent films,[1] including the 2009 psychological thriller The Black Waters of Echo's Pond[2] and the mystery crime-thriller film Noirland directed by Ramzi Abed.[3]

He plays guitar and piano, and sings in a band named Gene Wilder (after the actor) with friends and fellow actors Brian McGuire and Brett Roberts. He formerly played for Antoneus Maximus & The Nuthouze Band who had been playing gigs at local venues in Los Angeles. Their first album in 2004 included guest appearances by such luminaries as apl.de.ap of The Black Eyed Peas, DJMotiv8, Dante Santiago, and Kid (Christopher Reid) of Kid 'n' Play.