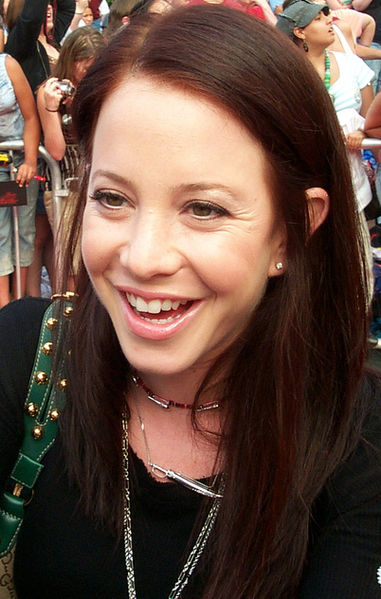 Amy Davidson (born September 15, 1979) is an American actress. She is known for playing Kerry Hennessy in the ABC sitcom 8 Simple Rules.

Born in Phoenix, Arizona, Davidson was raised by educators. Her father was a principal at El Mirage Elementary School, and her mother was an English teacher at Desert Foothills Junior High School. Her parents enrolled her in dance classes as a young child. She became a member of "Dance Motion". Davidson took ballet, pointe, hip-hop and modern dancing. While attending Shadow Mountain High School, she began appearing in advertisements. Her acting coach, Jean Fowler, encouraged her to move to Hollywood.[1]
Read more...

After appearing in the TV movie The Truth About Jane and an episode of the drama series Judging Amy, she was cast in the Mary-Kate and Ashley Olsen series So Little Time. She guest-starred on the sitcom Malcolm in the Middle and in the Hallmark Channel film Annie's Point opposite Betty White and Richard Thomas. Other roles include the film Goyband, in which she stars as a young Orthodox Jewish girl who falls for an ex-boyband pop star (Adam Pascal) who performs at her family's hotel in the Catskills. Goyband's cast includes Natasha Lyonne, Tovah Feldshuh, Dean Edwards, Tibor Feldman, and Cris Judd. She played Kerry in 8 Simple Rules see above reference. Davidson also runs a fashion and lifestyle blog at http://amydavidson.com.