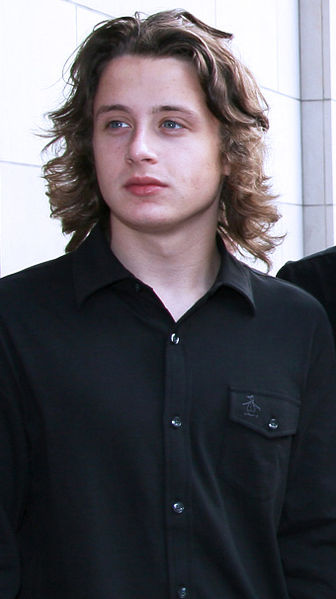 Rory Hugh Culkin (born July 21, 1989) is an American actor who is known for his roles in Scream 4, You Can Count on Me and M. Night Shyamalan's Signs and is the younger brother of actors Macaulay Culkin and Kieran Culkin.

Culkin began acting by playing alongside his elder brothers, among them Macaulay and Kieran, often as the younger versions of their characters. He first appeared in a photograph as a baby in The Good Son, then as Young Richie in Ri¢hie Ri¢h (Richie being played by his brother Macaulay) and in 2002, played 10-year-old Igby in Igby Goes Down (17-year-old Igby was played by his older brother Kieran).

Culkin's breakthrough role was in You Can Count On Me, opposite Laura Linney, a role for which he received much praise and a Young Artist Award. Since then, Culkin has appeared in numerous films, Signs being the most famous, in which he starred alongside Mel Gibson and Joaquin Phoenix. As a teenager, Rory started moving into more independent films, such as The Chumscrubber, Hick and Down in the Valley.[3] He took a leading role in Mean Creek, a 2004 independent film about a group of teenagers that plan to get revenge on a bully. The entire youth cast won an Independent Spirit Award for this film. Since his Young Artist Award win for You Can Count on Me, Culkin has received three more nominations. He also had a guest role in the Law & Order: Special Victims Unit episode "Manic", and in an episode of The Twilight Zone called "Azoth the Avenger Is a Friend of Mine" alongside Patrick Warburton. In May 2010, Culkin was cast for the slasher film Scream 4,[4] which was released on April 15, 2011.