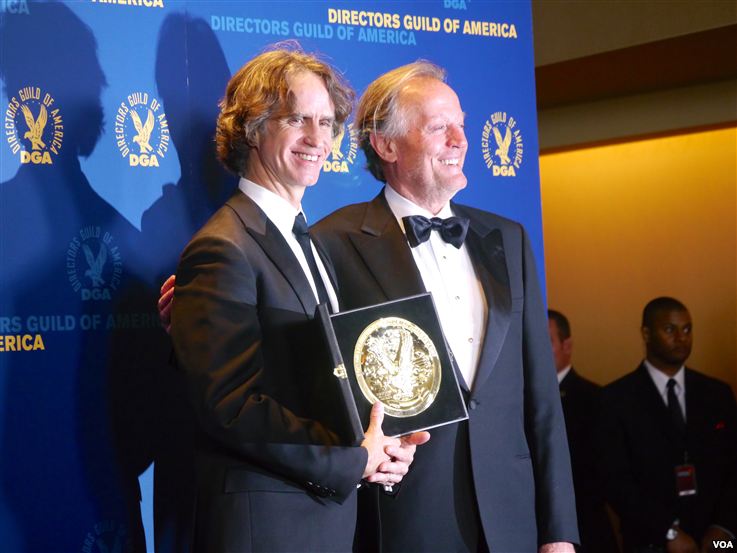 Matthew Jay Roach (born June 14, 1957) is an American film director, producer and screenwriter, best known for directing the Austin Powers films and Meet the Parents.[1] He also directed the comedy film Dinner for Schmucks (2010), the HBO political dramas Recount (2008), Game Change (2012) and All the Way (2016), and the political comedy The Campaign (2012). His twelfth film, the biographical drama Trumbo, was released on November 6, 2015. He produced these films under his Everyman Pictures banner.[2]

Roach was born and raised in Albuquerque, New Mexico, where his father was a military worker.[3] He graduated from Eldorado High School in 1975.[4] He received a BA in economics from Stanford University in 1980 and later earned an M.F.A. in film production from the University of Southern California in 1986.[5]
Read more...

Roach is married to musician/actress Susanna Hoffs of The Bangles, with whom he has two sons.[7] Roach was raised a Southern Baptist, and converted to Judaism before marrying Hoffs.[3]

Report a problem
Write to Jay Roach at FanPal • 2022