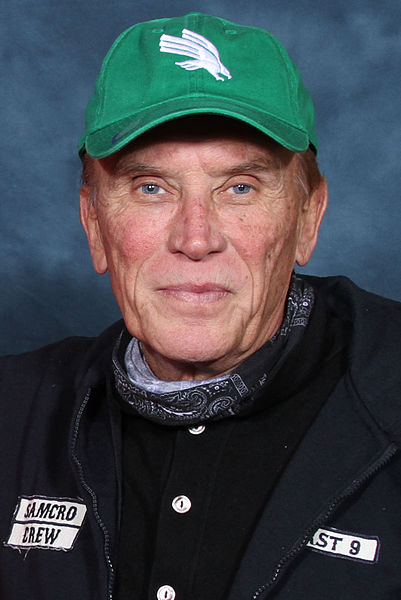 Weller has appeared in more than 70 films and television series, including turns as the title character in RoboCop and its sequel RoboCop 2, The Adventures of Buckaroo Banzai Across the 8th Dimension and Star Trek Into Darkness, the follow-up to the 2009 reboot of the Star Trek franchise.[1] He has also appeared in such films as Woody Allen's Mighty Aphrodite, the Oliver Stone-produced The New Age, and David Cronenberg's adaptation of William Burroughs's novel Naked Lunch.

Aside from a Saturn Award nomination for his RoboCop role, Weller received an Academy Award nomination for his 1993 short Partners, in which he also acted. In television, he hosted the show Engineering an Empire on the History Channel. He also played Christopher Henderson in the fifth season of 24, Stan Liddy in the fifth season of the Showtime original series Dexter, as well as Charles "Charlie" Barosky in 11 episodes in (Season 6) of Kurt Sutter 's long running Sons of Anarchy. Since 2012, Weller has been involved in the A&E (now Netflix) series Longmire both as a director and an actor. In 2017, Weller appeared on The Last Ship as Dr. Paul Vellek.

Weller was born June 24, 1947, in Stevens Point, Wisconsin, the son of Dorothy Jean (née Davidson), a homemaker, and Frederick Bradford Weller, a lawyer, federal judge, and career helicopter pilot for the United States Army.[2][3] Weller had a "middle-class Catholic" upbringing.[4] As a result of his father's army work, Weller spent many years abroad during his childhood. His family lived in Germany for several years before eventually moving to Texas, where he attended Alamo Heights High School in San Antonio.
Read more...

While enrolled at North Texas State University (now the University of North Texas), he played trumpet in one of the campus bands. He graduated with a Bachelor of Arts in Theatre[5] and began his acting career after attending the American Academy of Dramatic Arts.[citation needed]

In 2004, Weller completed a Master of Arts degree in Roman and Renaissance Art at Syracuse University, Florence Italy and occasionally taught courses in ancient history at the university.

In 2007, Weller began a Ph.D. at UCLA, in Italian Renaissance Art History.[6] In October 2013 he filed his dissertation,[7] entitled "Alberti Before Florence: Early Sources Informing Leon Battista Alberti’s De pictura", and was awarded his doctorate in 2014.[8][9]

Weller's stage career began in the 1970s with appearances on Broadway in Full Circle, directed by Otto Preminger, and Summer Brave, William Inge's rewrite of his play Picnic. About this time, he became a member of the famed Actors Studio.[10]

Weller appeared in the 1984 film Firstborn with Christopher Collet, where he played the abusive boyfriend of Collet's mother (played by Teri Garr).

Weller has appeared in more than 50 films and television series, including turns as the title characters in The Adventures of Buckaroo Banzai Across the 8th Dimension, and blockbuster hits RoboCop and RoboCop 2,[1] as well as Star Trek Into Darkness in 2013. He has also appeared in such critically acclaimed films as Woody Allen's Mighty Aphrodite, the Oliver Stone-produced The New Age and David Cronenberg's movie of William Burroughs's novel Naked Lunch.

In 1995, he appeared in Screamers, a science-fiction film based on the short story "Second Variety" by Philip K. Dick and directed by Christian Duguay.

In a 1977 episode of the television series Lou Grant, he played Oberster SA-Führer Donald Sterner/Stryker, a tragically disillusioned Jewish-American Neo-Nazi leader who later committed suicide off screen with his Colt .45 near the end of the episode when his heritage was discovered.

On television, he played the shuttle captain in the short-lived series Odyssey 5 and made guest appearances as Terran supremacist John Frederick Paxton in the Star Trek: Enterprise episodes "Demons", "Terra Prime" and in Fringe as the character Alistair Peck.

Weller was a contributor to the History Channel in several productions, credited as "Peter Weller, Syracuse University", where he was an adjunct faculty member. He was later a graduate student in art history at UCLA, focusing on the Italian Renaissance.

In 2005, Weller co-starred as the Captain in a made-for-television remake of The Poseidon Adventure.

Weller at the Texas Theater in Dallas, Texas, in 2012

In 2006, Weller joined the cast of 24 as terrorist collaborator Christopher Henderson.[11] Weller received a "cheer" in TV Guide's "Cheers & Jeers" section for his performance.

On January 15, 2010, Weller was seen in a teaser trailer for the companion documentary God of War: Unearthing the Legend that was featured in the game God of War III which Weller also hosted.[12]

On April 15, 2010, Weller guest-starred in an episode of the science fiction drama Fringe. He also guest-starred on the Showtime original series Dexter,[13] and had a guest appearance in the December 22, 2010 episode of Psych where he played villain "Yin"[14]

Since 2012, he is appearing in a recurring role as Lucien Connally on the crime drama television series Longmire.

In 2013, he played the part of the villain in the remake of the "Hookman" episode of the original Hawaii Five-O. The part was originally played in 1973 by J. J. Armes. In seasons six and seven of Sons of Anarchy, he plays the ruthless ex-cop Charles Barosky, a boss at the Stockton port and has dealings with the SAMCRO motorcycle club.

Weller has also directed various projects for television, including episodes of Homicide: Life on the Street, Monk and three episodes of the aforementioned Odyssey 5. He directed a 1997 adaptation of Elmore Leonard's Gold Coast starring David Caruso and Marg Helgenberger after previously starring in a version of Leonard's thriller Cat Chaser. He has directed eleven episodes of the series Sons of Anarchy, two in Season 4, titled "Dorylus" (air date 9/20/11) and "Hands", three in Season 5, titled "Authority Vested", "Toad's Wild Ride" and "Darthy", three in Season 6, titled "One One Six", "Los Fantasmas" and "Aon Rud Pearsanta" and three in Season 7, titled "Some Strange Eruption", "What a Piece of Work Is Man" and "Suits of Woe". He has directed one episode each season of Longmire since 2012.

Weller voiced the character of Bruce Wayne in the two-part 2013 animated adaptation of The Dark Knight Returns[16], and the titular character in the video game Wilson's Heart.[17]

On June 24, 2006, on his 59th birthday, Weller married his longtime girlfriend, actress Shari Stowe, at the Santa Maria Assunta church in Positano, Italy. Among the guests attending the wedding were Carrie Fisher and Marg Helgenberger.[18]