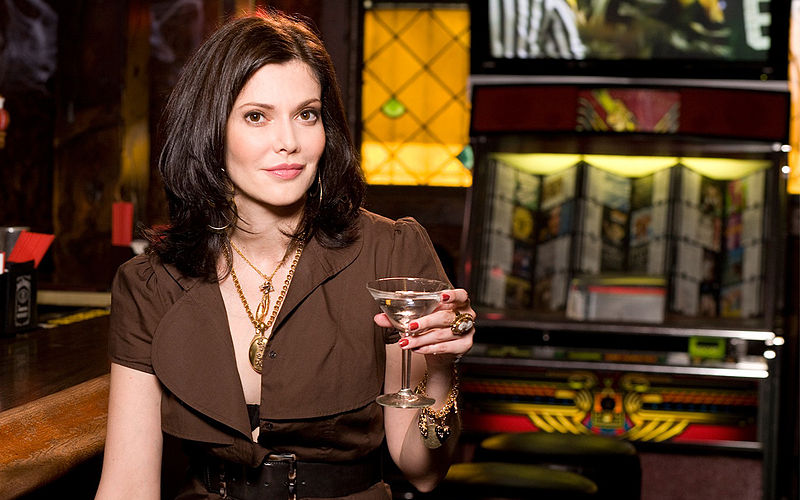 Laura Kightlinger is an American actress, comedian and writer.

She was a writer and consulting producer on Will & Grace, while also occasionally appearing on the show as the character Nurse Sheila. Kightlinger also played the title role in the TV show The Minor Accomplishments of Jackie Woodman, which she created, wrote and executive produced.

In 2006, Kightlinger appeared in The Minor Accomplishments of Jackie Woodman, a comedy series. Asked how much of the series was based on her personal experience, she said:

I think like 85% and then the other 15 is the experience of a woman. We usually cull a lot of stories from what happened to us and our friends, so I’d say a lot of it is. I always feel like rejection is my petrol. That’s what keeps me going.[1]

Kightlinger has had three stand-up comedy specials on HBO and six on Comedy Central.[2]

In 1997, Kightlinger appeared in Who's the Caboose?, an independent movie comedy starring Sarah Silverman and Sam Seder.

In 2001, she made a short film, Dependable People, which won both the Black Maria Film Festival Director's Citation (Honorable Mention[3]) and the International Festival of Cinema and Technology Best New Director Award in 2002.[4] It was released on the DVD "Celebrity Mix" with other short films in 2006.[5][6]

In 2003, she directed her first documentary, Sixty Spins Around the Sun, which chronicles the New York City street movement to repeal the Rockefeller Drug Laws.[7] It focuses on political satirist turned activist Randy Credico and his fight to repeal the laws. The film follows Credico to Tulia, Texas during a racially motivated drug bust, which is the subject of an upcoming film starring Halle Berry. Included in this documentary are stand-up comics Larry David, Colin Quinn, Don Gavin, Vanessa Hollingshead and Nick DiPaolo. It won Best Documentary at the 2003 Empire State Film Festival,[8] 2003 Boston International Film Festival,[9] and 2005 Beverly Hills Film Festival (Jury Award).[10] Her film credits include: DaddyDaycare, Kicking & Screaming, Anchorman: Wake up Ron Burgundy, The Truth About Lies and The Outdoorsman.

She has written and directed several short films including: Cat Demon: Re-Exhumed.

In 2005 she starred in the short film Dysenchanted, directed by Terri Edda Miller, which received critical acclaim.[11]

In 2017, she had a cameo in The Lego Batman Movie, voicing the role of Grace Balin/Orca, as well as Reporter Pippa.

Kightlinger's book Quick Shots of False Hope was published in 1999. The New York Times Book Review described it as "funny and disturbing", "memorable", and an "idiosyncratic and darkly comic debut."[12] As of 2006, she was adapting the book for film.[13]

Kightlinger has written several shorts for Funny or Die[14] and Atom.com, including “American Heroine,” in which she starred,[15] and “Roy Fabcock: Legendary Lover.” (2010).[16]