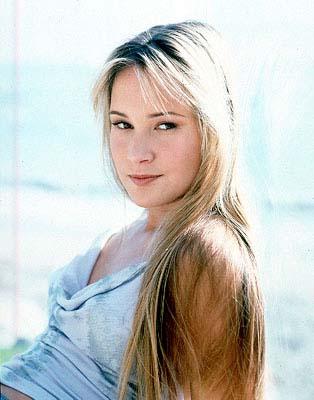 Hoku, which means "star" in Hawaiian,[3] was born on June 10, 1981 in Oahu, Hawaii.[4] She is the seventh of singer Don Ho's ten children, and the older of two born to Ho and Patricia Swallie Choy, a background singer who once sang with Ho in his performances.[2][3] She grew up in the affluent Diamond Head neighborhood with Choy, sister Kaimana, Elizabeth Guevara (who also had two children by Ho), and half-sisters Kea and KeaLii. "We spent a lot of time trying to make it okay for the children, but I knew I had to get out of it," recalled Choy, who left Ho in 1997 after tiring of the living arrangement, taking Hoku and Kaimana with her.[3]

Hoku frequently performed with her father, who taught her how to write songs,[1] as a child.[4] She was initially unaware of her father's fame, learning from people's reactions after realizing who her father was. "I thought everyone's parents had shows at night," she said.[1] She graduated from La Pietra.[5]

Hoku credits her father for her discovery.[5] "People helped me a lot, because of who my dad was," she said.[1] She caught the attention of songwriter and producer Antonina Armato, who encouraged her to move to Los Angeles to meet with other producers.[3][5] "She has a pure voice," Armato said. "I don't have to doctor it and use all the tricks of the studio."[3] Hoku was attending Point Loma Nazarene University in San Diego, dropping her last name when she moved from Hawaii,[3] when she was offered a $300,000 contract from Geffen Records. Armato assisted Hoku in securing the deal,[3] and Ho insisted that he and his lawyers review it before she signed. "I didn't want her signing something that wasn't good," he said.[5]

Hoku's debut single, "Another Dumb Blonde" (the theme song to the 2000 film Snow Day),[5] was released on January 18, 2000.[6] A day after its music video premiered on MTV, it was the network's tenth most-requested video.[5] The song was a top ten sales hit in the United States and peaked at number 27 on the Billboard Hot 100,[3][7] additionally charting at number 47 in New Zealand.[8] Shocked by the single's success, Hoku dropped out of Point Loma Nazarene and began recording her first album Hoku (2000).[3] The album was released on April 18, 2000 by Geffen and Interscope Records and peaked at number 151 on the Billboard 200.[9][10]

Hoku planned to work on a second album for Interscope after the March 2001 release of her single "Perfect Day".[11] Struggling to find a niche in the pop music industry, she left the label, disagreeing with them regarding her image and marketing.[12] She wrote and funded an EP, Listen Up, which was released on August 1, 2008 through the singer's own Ola Vista Records.[12] She opened for Gwen Stefani's Neal S. Blaisdell Center shows of The Sweet Escape Tour later that month.[13]

Jason Lynch of People has called bubblegum pop Hoku's speciality.[3] Hoku's AllMusic page lists her musical styles as teen pop and Europop.[4] She has been frequently compared to fellow pop singers Christina Aguilera and Britney Spears,[3][4][11][14] however, Charlotte Dillon of AllMusic has noted Hoku's distinct style, attributing it to the singer's Pentecostal faith.[4] "It's not very comfortable for me to be a sex symbol, especially because of my faith," Hoku has said. "That's why I enjoy being involved with the younger kids, because they relate to me being the girl next door."[3] In his review of Hoku, Stephen Thomas Erlewine wrote, "Sure, it's commercial - that's what teen pop is all about - but never once do the record makers decide to push Hoku as a nymphet. Her songs are never sexual the way those of Britney Spears and Christina Aguilera surely are."[14] Erlewine also noted that her young-sounding voice made it appropriate that her music was "targeted toward middle-school daydreams and junior-high dances".[14]

Hoku became a Pentecostal Christian after first attending church in 1995;[3] she has said that nothing means more to her than music outside of her family and faith.[5] She married her manager, Jeremy Clements, in 1999. The couple eloped "for personal reasons," according to Hoku,[11] later saying that she was scared to tell her father because of his harsh attitude towards boys she previously dated, and how young she was at the time.[1] Her daughter, Tealohi, was born in 2009. Hoku and her husband Jeremy serve as Arts and Worship Architects at Branches Church in Dana Point, California.[15]

Report a problem
Send a message to Hoku at FanPal • 2022