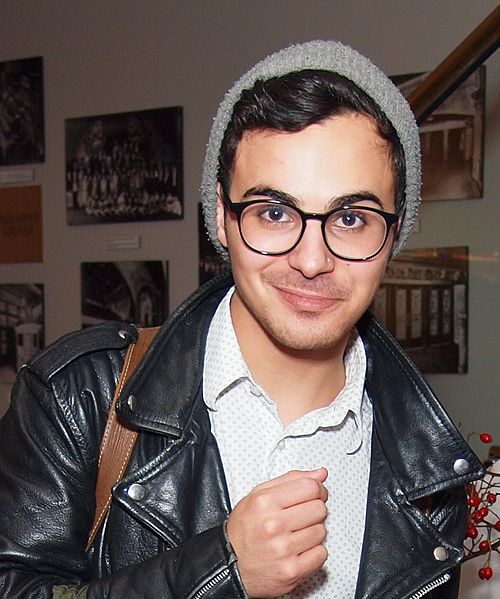 Adamo Angelo Ruggiero (born June 9, 1986) is a Canadian actor best known for his role of Marco Del Rossi in Degrassi: The Next Generation.

Ruggiero has been acting since the age of seven or eight. He has starred in many plays including Rudolph the Red-Nosed Reindeer and Bye Bye Birdie. After initially auditioning for the role of Craig Manning (a role played by Jake Epstein), he joined the Degrassi cast in 2002 in the role of Marco Del Rossi, a gay teenager who struggles with coming to terms with his sexuality. Ruggiero hosted The Next Star from 2008 until 2012. In November 2008, it was announced that Ruggiero would star in the gay-themed Christmas film Make the Yuletide Gay.[1] Principal filming started December 3, 2008.

In 2012, Ruggiero starred in the Young People's Theatre's production of The Neverending Story.[2]

Ruggiero's father, Tony, was born in Coreno Ausonio (Frosinone, Lazio), Italy. Ruggiero's mother's name is Amalia. He has an older brother named Adriano. He is from an Italian Catholic family. Adamo attended the Roman Catholic St. Dunstan Elementary School and graduated from Cawthra Park Secondary School, both in Mississauga, Ontario.

Ruggiero came out in January 2008, saying "I come from a traditional Italian family but they aren't so traditional that me being gay was a deal breaker." He was also on the cover of the January 23 - February 5, 2008 issue of fab magazine.[4][5]