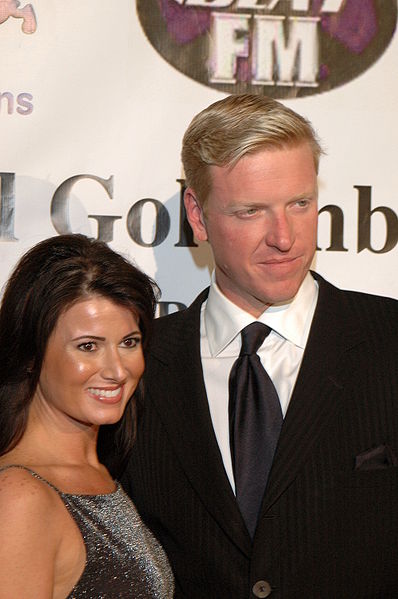 Busey was born in Los Angeles, and raised in Malibu, California, the son of photographer Judy Busey, and actor Gary Busey.[1] Busey spent his childhood on film sets and touring with bands in which his father sometimes played, such as Leon Russell, Willie Nelson, Little Feat. He began considering his career choices at the age of five when he took up the two hobbies that grew into professions: acting and playing drums.
Read more...

Busey's motion picture debut was in the 1978 film Straight Time with his father Gary and Dustin Hoffman. His two most notable appearances are as the murderous religious fanatic opposite Jodie Foster in Contact and as smart-mouthed soldier Ace Levy in Starship Troopers. He appeared in H. G. Wells' War of the Worlds, one of three 2005 film adaptations of the novel by H. G. Wells, alongside C. Thomas Howell. Additionally, he has had major roles in Tomcats opposite Jerry O'Connell and Shannon Elizabeth, in James Mangold's thriller Identity, with C. Thomas Howell in The Hitcher II, Michael J. Fox in Peter Jackson's The Frighteners and Road House 2. Busey played the role of "Backfire" in Patrick Durham's movie Cross which was released directly to DVD and download in May 2011, and stars in the independent film Don't Pass Me By.

He has also had minor parts in films like Windrunner: A Spirited Journey starring Jason Wiles, Christmas with the Kranks starring Tim Allen, I'll Do Anything, Enemy of the State, The Killing Jar, The Stoned Age, PCU, Fast Sofa with Jennifer Tilly and Natasha Lyonne, and Reaper with Danny Trejo and Vinnie Jones. He also had a main role on the television series Shasta McNasty. Busey portrayed since 2013 Professor Aiden "Sex Machine" Tanner in From Dusk till Dawn: The Series.[2]

He also provided the voice of The Radioman in the 2012 video game Spec Ops: The Line.

In 2016, Busey starred in the feature film Deserted opposite Mischa Barton, Trent Ford, Winter Ave Zoli, Jackson Davis, Dana Rosendorff, Lance Henriksen and Gerry Bednob. The film is a psychological thriller about a group of friends on a road trip to a music festival in "Death Valley - which results in getting them hopelessly lost in the most stunning, but unforgiving topographical terrain on the planet".[3] Busey played the role of Clay.[4]

Report a problem
Write to Jake Busey at FanPal • 2022