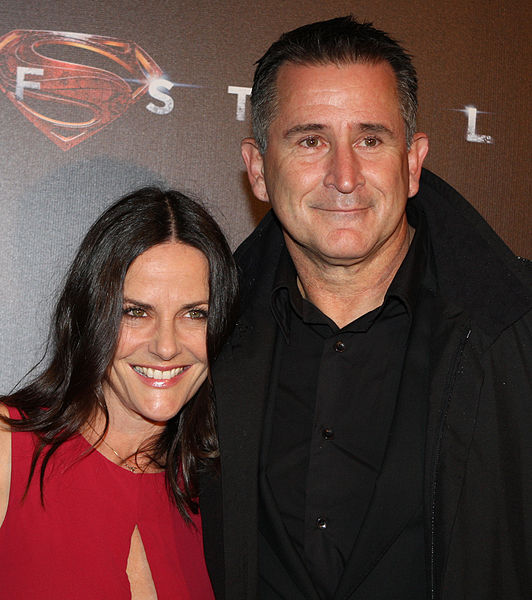 Gia Carides (born 7 June 1964) is an Australian actress. She is best known for her portrayals of Liz Holt in Strictly Ballroom, Susy Connor in Brilliant Lies, and Cousin Nikki in My Big Fat Greek Wedding.

Carides was born in Sydney, Australia, to a Greek father and an English mother.[1] She began acting at the age of 12. Her first film was the drama The Love Letters from Teralba Road starring Bryan Brown and Kris Macquade.
Read more...

Early in her career, Carides starred as Helena Angelopolous on the Australian television series Police Rescue, also receiving acclaim for her films Strictly Ballroom and Brilliant Lies, with AFI Award nominations for each.

Carides works in both America and Australia, recognised for a host of film and television credits including Primary Colors, Year One and East of Everything. She also appeared in a guest spot on husband Anthony LaPaglia's television series Without A Trace.

She has volunteered as an actress with the Young Storytellers Program.

Carides was married to actor Anthony LaPaglia, whom she met in Sydney in 1992. A year later they starred in the film Paperback Romance (a.k.a. Lucky Break). She and LaPaglia are the parents of daughter Bridget (born in January 2003). Gia Carides is sister to Zoe Carides, also an actress, and Danielle Carides, singer songwriter. Her former brother in-law is doctor-turned-actor Jonathan LaPaglia.[citation needed] In April 2015, newspapers reported that LaPaglia and Carides had split after 17 years.[2][3]