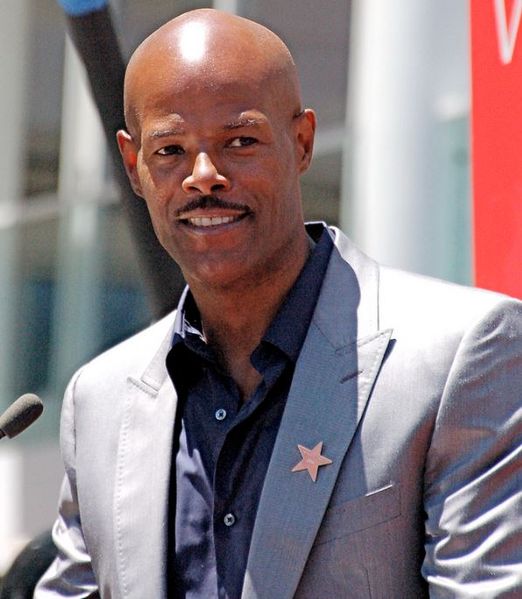 Keenen Ivory Desuma Wayans, Sr. (born June 8, 1958) is an American actor, comedian, filmmaker, and a member of the Wayans family of entertainers. He first came to prominence as the host and the creator of the 1990-1994 Fox sketch comedy series In Living Color. He has produced, directed and/or written a large number of films, starting with Hollywood Shuffle, which he co wrote, in 1987.

A majority of these films have included him and one or more of his brothers and sisters in the cast.

One of these films, Scary Movie (2000), which Wayans directed, was the highest grossing movie ever directed by an African American until it was surpassed by Tim Story's Fantastic Four in 2005. From 1997 to 1998, he hosted the talk show The Keenen Ivory Wayans Show.[1] Most recently, he was a judge for the eighth season of Last Comic Standing.

Wayans was born in Harlem, New York City, son of Howell Stouten Wayans, a supermarket manager, and his wife Elvira Alethia (Green), a homemaker and social worker.[2][3] His father was a devout Jehovah's Witness.[4][5][6] The family later moved to Manhattan's Fulton housing projects.,[7] where he primarily grew up. Wayans attended Tuskegee University on an engineering scholarship.[7] He entertained his friends at college with made-up stories about life in New York.[8] One semester before graduation, he dropped out of school to focus on comedy.[9]

During his first set performing at The Improv in New York, Wayans met Robert Townsend, who helped him learn about the comedy business.[8] Townsend and Wayans drove cross country to Los Angeles together when Wayans moved to Los Angeles in 1980.[8] They did not speak for a year afterwards. Wayans worked there as an actor. He had a regular role as a soldier on a television series named "For Love and Honor".[8]

Townsend wrote, directed, and starred in the movie Hollywood Shuffle; Wayans was co star and co writer.[8] The movie's success allowed him to raise the money to make I'm Gonna Git You Sucka.[8] Fox Broadcasting Company approached Wayans to offer him his own show.[10] Wayans wanted to produce a variety show, similar to Saturday Night Live, with a cast of people of color that took chances with its content.[7]

Fox gave Wayans a lot of freedom with the show, although Fox executives were a bit concerned about the show's content prior to its television debut.[10] Wayans created, wrote, and starred in the show, called In Living Color, an American sketch comedy television series that originally ran on the Fox Network from 1990 to 1994.

Wayans is a vegetarian, and has promoted the diet in a public service announcement of 2006 for the Physicians Committee for Responsible Medicine.[11][12]

Report a problem
Write to Keenen Ivory Wayans at FanPal • 2022