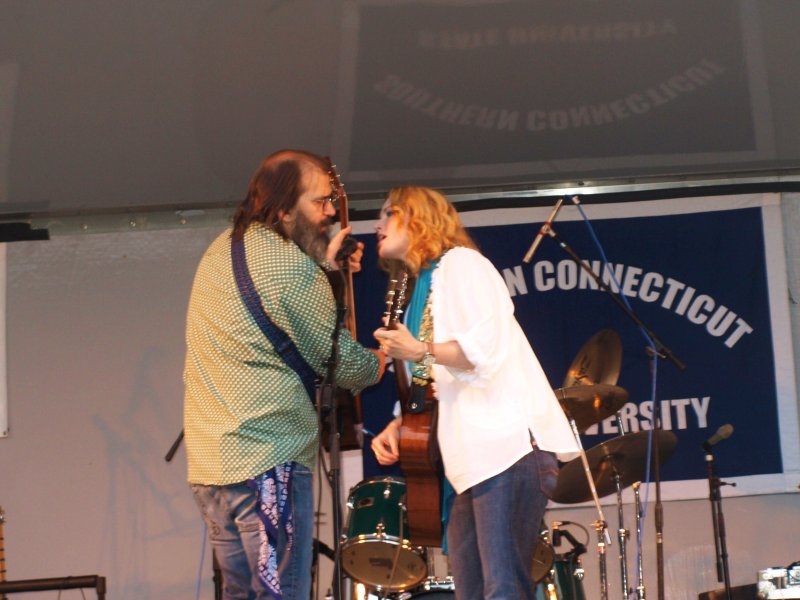 Allison Moorer (born June 21, 1972) is an American singer/songwriter. She signed to MCA Nashville in 1997 and made her debut on the U.S. Billboard Country Chart with the release of her debut single, “A Soft Place To Fall,” which she co-wrote with Gwil Owen. The song was also featured in Robert Redford’s The Horse Whisperer and as a result was nominated for an Academy Award for Best Original Song in 1999. Allison performed on the Oscars ceremony in the same year. She has made ten albums and has had songs recorded by Trisha Yearwood, Kenny Chesney, Miranda Lambert, Steve Earle, and Hayes Carll.

Moorer was raised in Frankville, Alabama and later Monroeville, Alabama after the deaths of her parents. She graduated from The University of South Alabama in Mobile in June 1993 and then moved to Nashville, Tennessee without even collecting her diploma to join her sister, singer/songwriter Shelby Lynne, who lived there and had already released three albums. Allison began singing backgrounds in Lynne's band full time and toured extensively with her.
Read more...

In June 1996, Moorer took part in a tribute to her songwriter friend, the late Walter Hyatt, singing his "Tell Me Baby" at Nashville's Ryman Auditorium. Nashville agent Bobby Cudd was in attendance and subsequently introduced her to renowned producer and MCA Nashville president Tony Brown. After a few meetings, Brown asked her to cut some demos for the label. Two tracks—"Pardon Me" and "Call My Name”— from that session were included on her first MCA album, Alabama Song.

When Brown moved from MCA Records to sister label Universal South, Moorer followed. Her 2002 album, Miss Fortune, earned more raves, but didn't meet sales expectations. It contained the ballad, "Tumbling Down,” which was featured on the soundtrack of the popular 2002 film The Rookie.

Her live album Show was recorded in one night at 12th and Porter in Nashville.[citation needed] It features the first recorded collaboration between Moorer and Lynne.

After releasing Show and a DVD on Universal South, Moorer moved to independent label Sugar Hill Records. With a slightly rougher edge than past efforts, The Duel was released in April 2004. Moorer’s first husband, Doyle Lee Primm, was featured as a songwriter on her first four albums. They divorced in 2005. After serving as his opening act on a European tour, Allison married fellow singer/songwriter Steve Earle. Earle produced her 2006 album, Getting Somewhere. Moorer wrote all the songs, with the exception of one co-written with Earle. She and Earle were nominated for the Best Country Collaboration with Vocals Grammy, for the song "Days Aren't Long Enough" from Earle's Washington Square Serenade in 2008. The song was also nominated for an Americana Music Association award. Moorer gave birth to the couple's first child, John Henry Earle, on April 5, 2010. Moorer and Earle separated in September 2012 and divorced in July 2015.

Moorer released the Buddy Miller-produced Mockingbird in February 2008; an album mainly of covers of songs by female singer/songwriters including her sister, Shelby Lynne.

In 2009, Moorer performed in The People Speak, a documentary feature film that uses dramatic and musical performances of the letters, diaries, and speeches of everyday Americans, based on historian Howard Zinn's A People's History of the United States. She appeared in the off-Broadway Rebel Voices, a dramatization of Howard Zinn and Anthony Arnove’s Voices of a People’s History of the United States in late 2007. Also, in 2009, she appeared on the BBC series Transatlantic Sessions, Series 4, Episodes 4 and 5, performing a version of the Irish folk song, "Carrickfergus”. She toured with the Jerry Douglas and Ally Bain led Transatlantic Sessions band in early 2011.

In 2015, Moorer released her ninth album, Down To Believing. The album marked a return to collaborating with Kenny Greenberg. Moorer said in an interview, "He produced my first two albums and I just felt like the time was right for us to work together again. He's simply one of my most favorite guitar players. He's probably my favorite guitar player and he's definitely the guitar player that I know the best. I"m very comfortable with him as a producer. He's someone that I trust implicitly as a human being and a musician. And I think the time was right for us to do it."

On August 18, 2017, Moorer released her tenth album, a collaborative record with her sister Shelby Lynne titled Not Dark Yet. Produced by British folk singer Teddy Thompson, it featured covers of songs by Merle Haggard, Bob Dylan, Nirvana and The Killers as well as one original song written by Moorer and Lynne, “Is It Too Much.” During an extended interview at the Country Music Hall of Fame, the duo revealed that they are planning a second collaborative album which will instead feature all original material and that they will begin writing together for this new project in 2018.

Moorer co-produced the upcoming Hayes Carll record, which will be released in 2019 on Dualtone Records. She will release her first memoir, “Blood,” in Fall 2019 on Da Capo Press.