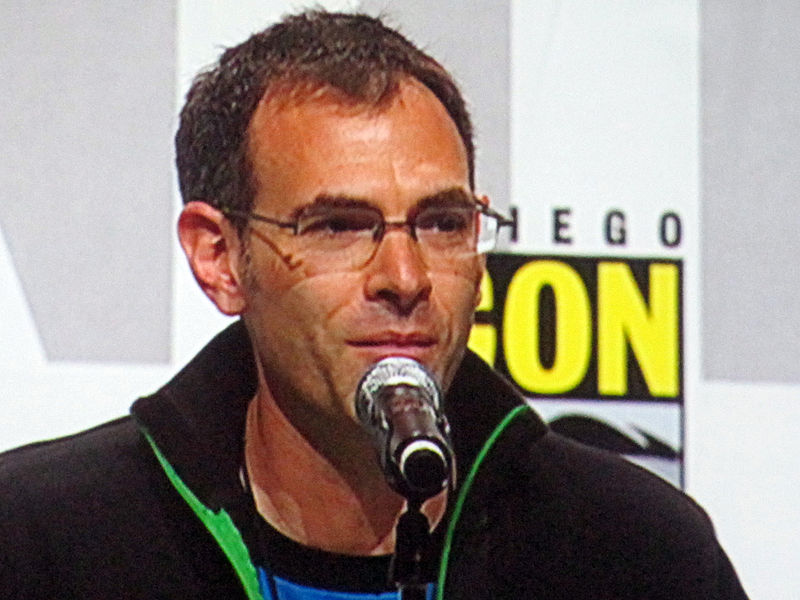 Vincenzo Natali (born January 6, 1969) is an American-Canadian film director and screenwriter, best known for writing and directing science fiction films such as Cube, Cypher, Nothing, and Splice.

Natali was born in Detroit, Michigan, to a nursery school teacher/painter mother and a photographer father.[1] He is of Italian and English descent.[1] He moved to Toronto, along with his family, at the age of one. During his time in high school, Natali befriended British-born Canadian actor David Hewlett who has appeared in the majority of films that Natali has directed. Natali also attended the film programme at Ryerson University. He was eventually hired as a storyboard artist at the Nelvana Animation Studios.[2] His cinematic influences included Samuel Beckett, David Cronenberg,[3] and Terry Gilliam.[4]
Read more...

Natali's directing debut came in 1997, when he was approached to direct Cube.[5] The film became a success worldwide, especially in Japan and France, grossing $15 million in the latter country, and breaking box office records for a Canadian film. At the 19th Genie Awards, the film received five nominations, and also won the award for Best Canadian First Feature at the Toronto International Film Festival. After this success, Natali went on to direct Cypher (2002) and Nothing (2003).[6]

Following the June 2010 release of Splice (2009),[7] Natali's next efforts were expected to be an adaptation of J. G. Ballard's 1975 novel High Rise[8] and a 3D adaptation of the Len Wein/Berni Wrightson comic book character Swamp Thing,[9] for producer Joel Silver.[10] A May 2010 item in The Hollywood Reporter, however, announced that Natali was to replace Joseph Kahn as director of the highly anticipated adaptation of cyberpunk author William Gibson's 1984 novel Neuromancer.[11] Natali is nominated for the 4th Annual Splatcademy Awards under the category "Best Director" presented by Cadaver Lab for his work Splice.[12] In 2013 his series Darknet, an adaptation of the Japanese series Tori Hada, began airing on Super Channel in Canada. In 2014, he directed the episodes "Su-zakana" and "Naka-choko" of the second season of the crime drama series Hannibal and in 2015 the episodes "Antipasto", "Primavera" and "Secondo" of the third season of the same TV series.[13] in 2015, he also directed the second episode (entitled "Simon") of the first season of the American supernatural drama television series The Returned. In 2016, he directed the fourth episode ("Dissonance Theory") of the HBO series Westworld. In 2017, he directed the fifth episode ("Lemon Scented You") of the Starz series American Gods. He directed a pilot for a new Tremors TV series starring Kevin Bacon reprising his role from the 1990 film but it was not picked up by SyFy as a series.[14]

Report a problem
Write to Vincenzo Natali at FanPal • 2023