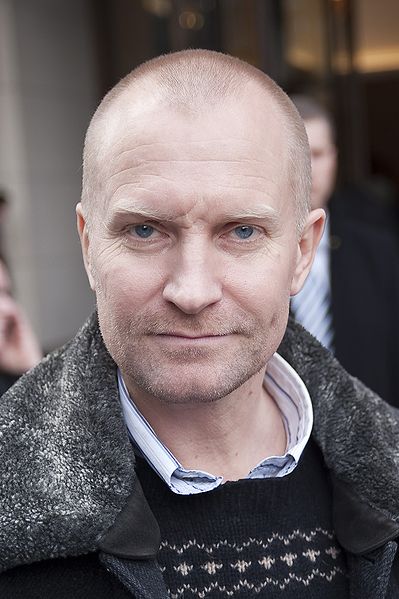 Ulrich Thomsen (born 6 December 1963) is a Danish actor and filmmaker.

Ulrich Thomsen was born in (Næsby) Odense, Denmark and graduated from the Danish National School of Theatre and Contemporary Dance in 1993, after which he performed in several theatres in Copenhagen, such as Dr. Dantes Aveny, Mungo Park and Østre Gasværks Teater.[1]

His film debut was in 1994 in Nightwatch, directed by Ole Bornedal. Since then, he has starred in a number of roles including, among others, Thomas Vinterberg's The Biggest Heroes (1996), Susanne Bier's Sekten (1997) and Anders Thomas Jensen's Flickering Lights (2000). The major breakthrough in his career came in the 1998 film Festen followed by an important role in the James Bond film The World Is Not Enough (1999) portraying the part of henchman Sasha Davidov.

This established Thomsen as an international actor, famous outside his native Denmark. He played a part in the 2002 English film Killing Me Softly. He stars as series regular in Banshee playing the role of primary antagonist, Kai Proctor. Aside from his native language Danish, Thomsen is fluent in German and English. He is vegan.[2]