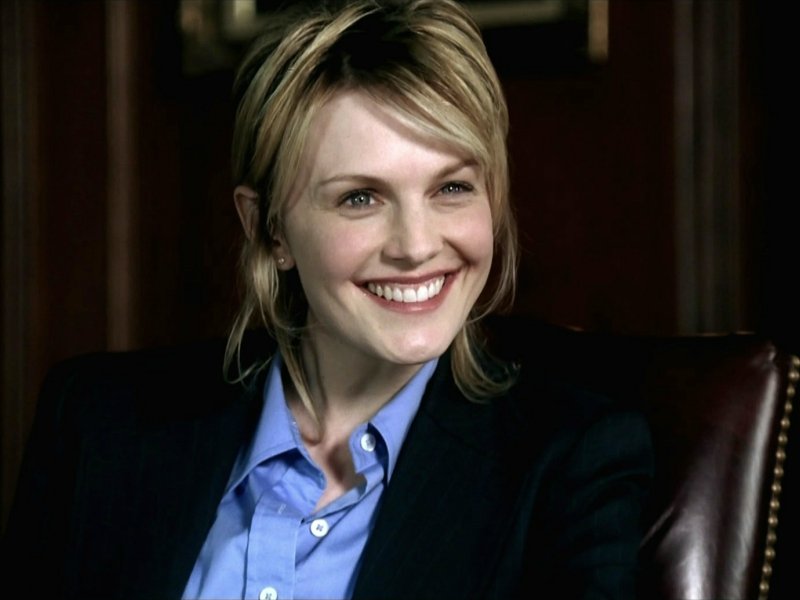 Morris's first role was a minor one in the 1991 tele-movie Long Road Home. Several other small parts followed, including a bit part as a psychiatric patient in the Oscar-winning As Good as It Gets. Her breakthrough role came as Lt. Annalisa "Stinger" Lindstrom in the television series Pensacola: Wings of Gold in 1997 for two seasons.[2] Morris continued to work in films (notably ones directed by Rod Lurie) and had a brief stint on the Xena series in 1999 as Najara.

After seeing her in the film, The Contender (which DreamWorks distributed), Steven Spielberg cast her in two successive films. Her scenes as a rock star in A.I.: Artificial Intelligence, which required Morris to take intensive singing and guitar lessons were cut by the director, which was particularly agonizing for her. In Minority Report, she portrayed the tormented wife of Tom Cruise's character.[3][4]

In 2003, Morris won the lead role of detective Lilly Rush in the CBS dramatic series Cold Case. She also appeared in the 2004 films Mindhunters and Paycheck, opposite Ben Affleck, and more recently as the journalist wife of Josh Hartnett in Lurie's drama Resurrecting the Champ (2007). Morris appeared in the film Cougars, Inc. which was distributed in 2011. In 2012, Morris landed the starring role in The Sweeter Side of Life, a romantic comedy, as Desiree Harper. The 90-minute film premiered on the Hallmark Channel on January 19, 2013.[5][6]

Morris was born in Cincinnati, Ohio.[4][7] She grew up in Windsor Locks, Connecticut with her parents, Stanley, a Bible scholar, and Joyce, an insurance agent,[8] and five siblings before moving away. From age 6 to 17, Morris and her family traveled the southern 'Bible Belt' as a gospel group called 'The Morris Code'. The group was mainly made up of Kathryn's father and three (out of five) of her siblings.[4]

She attended two colleges in the Philadelphia area, Northeastern Christian College and Temple University. After studying theatre in high school, she was involved in a hit-and-run collision while on her way to her first acting gig, a Japanese music video based on the musical Grease. She still made it to the gig and that's when she knew she was going to be an actress.[8]

Report a problem
Write to Kathryn Morris at FanPal • 2023