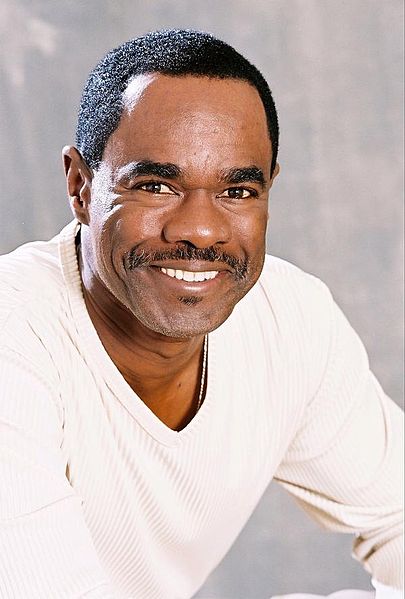 Glynn Russell Turman (born January 31, 1947) is an American stage, television, and film actor as well as a writer, director, and producer. Turman is known for his roles as Lew Miles on the prime-time soap opera Peyton Place (1968-69), high school student Leroy "Preach" Jackson in the 1975 coming-of-age film Cooley High, math professor and retired Army colonel Bradford Taylor on the NBC sitcom A Different World (1988-93), and fictional Baltimore mayor Clarence Royce on the HBO drama series The Wire. He recently portrayed Jeremiah Kaan on the Showtime series House of Lies.

Turman had his first prominent acting role at the age of 13 as Travis Younger in the original Broadway production of Lorraine Hansberry's classic A Raisin in the Sun, opposite Sidney Poitier, Ruby Dee, Claudia McNeil, Ivan Dixon, Louis Gossett, Jr., Lonne Elder III, John Fiedler and Diana Sands. While he did not play the role when it transferred to film in 1961, he intensified his studies at Manhattan's High School of Performing Arts. Upon graduation he apprenticed in regional and repertory companies throughout the country, including Tyrone Guthrie's Repertory Theatre, in which he performed in late '60s productions of Good Boys, Harper's Ferry, The Visit and The House of Atreus. He made his Los Angeles stage debut in Vinnette Carroll's Slow Dance on the Killing Ground. An impressive 1974 performance in The Wine Sellers earned him a Los Angeles Critics Award nomination and a Dramalogue Award. The play was also produced on Broadway as What The Wine Sellers Buy. He won his first NAACP Image Award for his work in the play Eyes of the American. A stage director as well, he received his second NAACP Image award for his directing of Deadwood Dick at the Inner City Cultural Center. He segued these directing talents to TV where he helmed several episodes of The Parent 'Hood, Hangin' with Mr. Cooper, and The Wayans Bros, among others. He also directed during his seasons of steady employment on A Different World, in which he played the role of Colonel Taylor for five seasons; from 1988 until 1993. Turman on Broadway in Raisin in the Sun. L-R: Ruby Dee, Claudia McNeil, Glynn Turman, Sidney Poitier, and John Fiedler, 1959.

Turman began his film career in the 1970s with such blaxploitation flicks as Five on the Black Hand Side (1973), Thomasine & Bushrod (1974) and Together Brothers (1974), then progressed to roles in Cooley High (1975), plus The River Niger (1976), J. D.'s Revenge (1976) and A Hero Ain't Nothin' but a Sandwich (1978). TV movies included Carter's Army, the prestigious Centennial, Attica, and Minstrel Man, for which he won his third NAACP Image Award. The quality of Glynn's work has shown over the decades with his participation in such prominent TV-movies as Race to Freedom: The Underground Railroad in 1994, Buffalo Soldiers and Freedom Song. More notable films include Penitentiary II (1982), Gremlins (1984), Deep Cover (1992), How Stella Got Her Groove Back (1998), Men of Honor (2000), Sahara (2005), Kings of the Evening (2007), Burlesque (2010) and Super 8 (2011). In 2004, he joined the hit HBO series The Wire portraying the recurring role of Mayor Clarence Royce, becoming a full-time regular in 2006. His portrayal of Mayor Royce has given him an NAACP Image award nomination for Outstanding Support Actor in a Drama Series for the 2007 awards ceremony.[1] Since The Wire, Turman guest-starred as a patient in the Scrubs episode "My Last Words". Turman's other television appearances include Hawaii Five-O (as Harley Dartson, 1973, S6/Ep7 - Tricks Are Not Treats), the Twilight Zone segment "Paladin of the Lost Hour" (co-starring Danny Kaye with a script by Harlan Ellison), Matlock, Millennium, and the sitcom All of Us. In 2008, he won a Primetime Emmy award for his guest appearance on the HBO series In Treatment. He recently appeared on the ABC series Detroit 1-8-7. He is currently[when?] performing and producing a one-man show, Movin' Man, about his life and plans a book as well.

Turman was almost cast for the role of Han Solo in Star Wars. In a 2007 interview, Turman recalled: "That was in George Lucas' book. Apparently George Lucas had me in mind for the role, and then thought that there might be too much controversy between a white Princess Leia and a black Han Solo - because those were the times - and he didn't want to get into that. At the time, I had no idea. I just went to the audition, did it and got out of there."[2] In 2012, he began starring in House of Lies on Showtime as the father of the characters played by Don Cheadle and Larenz Tate. In 2016, he appeared in the Oprah Winfrey Network tv show Queen Sugar in which he played the father, Ernest Bordelon. The character died in season one, episode one. In 2018, Turman appeared on the Legal Drama Suits as Vic.

Turman was born in New York, New York, in 1947. According to a DNA analysis, Turman shares maternal ancestry with the Edo people of Nigeria.[3] Turman was married to Ula M. Walker, from 1965 until 1971. Together, Turman and Walker had three children. Turman married singer Aretha Franklin on April 11, 1978 at her father's (C. L. Franklin) New Bethel Baptist Church in Detroit, Michigan. Turman and Franklin separated in 1982 and later divorced in 1984. Since 1992, Turman has been married to Jo-Ann Allen.