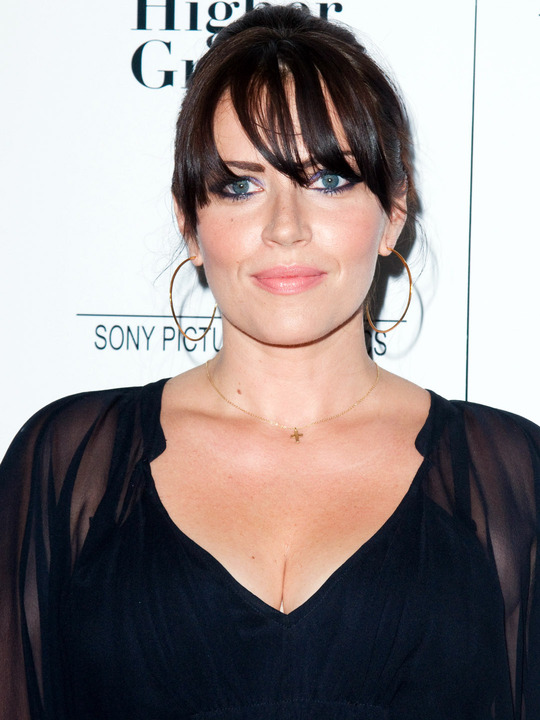 In 2013, she became a published author with the release of her novel The Lullaby of Polish Girls. She is married to actor Patrick Wilson.

Domińczyk was born in Kielce, the daughter of Aleksandra and Mirosław Domińczyk, a member of the Polish Solidarity movement.[1][2][3] She moved with her family to New York City in 1983 as asylum seekers due to her parents' political associations (her father's involvement with Amnesty International and the Solidarity movement).[4] She is the older sister of actresses Marika Domińczyk and Veronika Domińczyk.

Domińczyk was educated at Fiorello H. LaGuardia High School in Manhattan.[5] She went on to study at Carnegie Mellon University's School of Drama, from which she graduated in 1998.[4]

In 1999, Domińczyk made her acting debut on Broadway as Anna Friel's understudy in Patrick Marber's production of Closer. The following year, she made her feature film debut as Claire in the Stuart Blumberg-directed romantic comedy Keeping the Faith, also featuring Ben Stiller and Edward Norton. In 2001, she starred as Tania Asher in Rock Star,[3] and in 2002, portrayed Edmond Dantès' fiancée, Mercédès Mondego (née Herrera), in the screen adaptation of The Count of Monte Cristo.[6]

Dominczyk at the Montclair Film Festival in May 2014

In 2003, she returned to Broadway playing Caroline Bramble in a production of Enchanted April.[7] Domińczyk has also had guest starring roles in television series such as Kinsey (2004), 24 (2005), The Bedford Diaries (2006), The Good Wife (2011), Suits (2011), Person of Interest (2012), and Boardwalk Empire (2014). In 2006, she appeared in the Todd Robinson-directed Lonely Hearts with John Travolta, and the black comedy film Running with Scissors alongside an all-star cast including Annette Bening, Joseph Fiennes, and Gwyneth Paltrow.[8]

In 2011, Domińczyk co-starred in Vera Farmiga's directorial debut drama film Higher Ground as a religious group member who develops a brain tumor.[9] The following year, she appeared in the psychological thriller film The Letter with Winona Ryder and James Franco. She next co-starred in James Gray's drama film The Immigrant (2013), alongside Marion Cotillard, Joaquin Phoenix, and Jeremy Renner.[10] In 2013, she published her first novel, The Lullaby of Polish Girls, which was loosely based on her youth in her native Poland.[11] In 2014, Domińczyk starred in the Polish political thriller film Jack Strong, directed by Władysław Pasikowski,[12] and the black comedy film Let's Kill Ward's Wife, directed by her brother-in-law Scott Foley.[13]

In June 2005, Domińczyk married actor and fellow Carnegie Mellon alumnus Patrick Wilson. They have appeared together in the films Running with Scissors (2006), Jack Strong (2014), Big Stone Gap (2014), and Let's Kill Ward's Wife (2014). On June 23, 2006, she gave birth to their first child, son Kalin Patrick Wilson. Domińczyk gave birth to their second son, Kassian McCarrell Wilson, on August 9, 2009.[14][15] The family resides in Montclair, New Jersey.[3] She is the sister-in-law of actor Scott Foley, who is married to her sister Marika.[3]