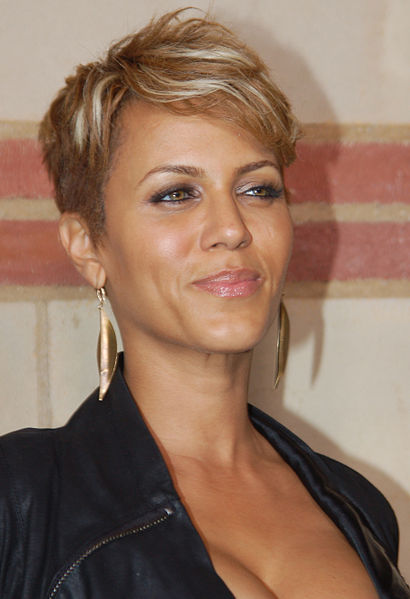 Nicole Ari Parker-Kodjoe (born October 7, 1970) is an American actress and model. She is known for her role as Becky Barnett in the 1997 film Boogie Nights and as attorney Teri Joseph on the Showtime series Soul Food, which ran from 2000 to 2004. Additionally, Nicole co-starred on the short-lived UPN romantic comedy Second Time Around that lasted for one season and appeared in the 2008 film, Welcome Home Roscoe Jenkins.

Parker was born in Baltimore, Maryland. She is the only child of her divorced parents, health care professional Susan Parker and dentist Donald Parker.[1] After briefly attending the Montessori School, Parker entered Roland Park Country School where she stayed through high school.[2] At the age of 17, she won Best Actress in the state of Maryland's high school competition and then moved to The Washington Ballet Company before applying to the New York University's Tisch School of the Arts. She graduated with an acting degree in 1993.[3]
Read more...

Early in her career she appeared in several critically acclaimed independent films including The Incredibly True Adventure of Two Girls in Love, Boogie Nights, 200 Cigarettes, and the 1999 Sundance Film Festival winner The Adventures of Sebastian Cole. She starred with her husband, model and actor Boris Kodjoe, in UPN's situation comedy Second Time Around.

After a string of odd jobs (including scooping ice cream), bit roles, and low wage work in the theater circuit, Parker was offered her breakthrough role on Soul Food. In Soul Food, she showcased her singing voice in several episodes. Parker also had a guest appearance on CSI: Crime Scene Investigation, playing a singer. She played the role of Stephanie in the movie Divas alongside Khalil Kain. She also had a lead role in the 1998 film Exiled: A Law & Order Movie. She worked alongside Martin Lawrence in two of his films: Blue Streak and Welcome Home Roscoe Jenkins. Parker also opened on Broadway in the play A Streetcar Named Desire, in the role of Blanche DuBois.

Parker was lead actress in the 2013 NBC drama pilot, Secret Lives of Husbands and Wives, and later had a recurring role on Revolution. In 2014, she starred as a series regular in the first season of the TNT crime drama Murder in the First, opposite Taye Diggs and Kathleen Robertson.[4]

Parker eloped with actor Joseph Falasca in March 2001. Their marriage lasted only eight months; they divorced later that year.[citation needed] She married her Soul Food co-star Boris Kodjoe on May 21, 2005, in Gundelfingen, Germany. She gave birth to their first child, a girl, Sophie Tei-Naaki Lee Kodjoe, on March 5, 2005. Sophie has spina bifida, which was diagnosed at birth.[5] Parker gave birth to the couple's second child, Nicolas Neruda Kodjoe, a boy, on October 31, 2006 in Atlanta, Georgia. The family attends the Cascade United Methodist Church when in Atlanta.[6]

Parker is an active member of the Democratic Party.[7]