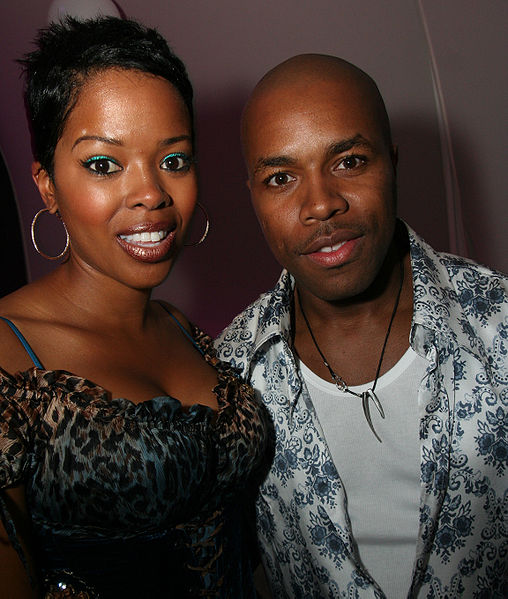 Williams made her television debut in an episode of The Cosby Show in 1987.[1] She guest starred on Miami Vice, Roc, My So-Called Life, Sister, Sister, Moesha, and NYPD Blue. In film, she made her debut in the 1996 dark comedy-romance film A Thin Line Between Love and Hate, starring Martin Lawrence and Lynn Whitfield. Later that year, she co-starred in Sunset Park with Rhea Perlman, and High School High alongside Mekhi Phifer. From 1997 to 1998, she had a starring role in The WB sitcom Nick Freno: Licensed Teacher. In 1999, she appeared in the romantic comedy film The Wood and the following year in the thriller Uninvited Guest, starring Mekhi Phifer.

Williams is best known for her role as Tracy "Bird" Van Adams in the Showtime drama series Soul Food, a continuation of the successful 1997 film of the same name.[1] It also starred Nicole Ari Parker and Vanessa A. Williams. Nia Long played Tracy in the 1997 film. For her performance, Williams received three NAACP Image Award for Outstanding Actress in a Drama Series nominations.[2] The series aired from 2000 to 2004. Soul Food went on to be the longest running drama with a predominantly black cast in the history of American prime-time television.[3]

She later guest-starred on Law & Order: Special Victims Unit, and was a regular cast member on the short-lived NBC drama series Windfall in 2006.[4]

In 2006, Williams appeared in the musical film Idlewild. The following year, she co-starred in the Tyler Perry's romantic comedy-drama Daddy's Little Girls. In 2008, she appeared in First Sunday opposite Ice Cube. She then starred in several independent films. In 2012, Williams co-starred as Chris Rock's sister in the romantic comedy film 2 Days in New York.[5] Between 2013 and 2015, she played the leading role in the Up network's television film Marry Me for Christmas, and its two sequels Marry Us for Christmas and A Baby for Christmas.[6] In 2013, she began hosting the Aspire network's television talk show Exhale.[7] She also starred in two films for TV One: Girlfriends' Getaway and its sequel Girlfriends' Getaway 2 in 2014 and 2015, alongside Garcelle Beauvais, Terri J. Vaughn and Essence Atkins.[8][9] In 2015, Williams also had a supporting role in David O. Russell's comedy film Accidental Love.[10]

Williams was married to actor Mekhi Phifer and the two had a son, Omikaye Phifer.[11] In August 2008, she married D-Nice; they divorced in 2010.