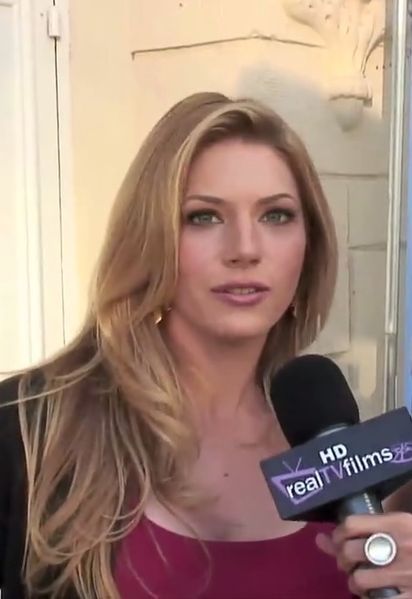 Winnick was born in Etobicoke, Ontario, and is of Ukrainian descent. She spoke Ukrainian as her first language and did not begin speaking English until she was eight years old.[2][3] She began training in martial arts at age seven, and obtained her first black belt at 13.[4] By age 21, she had started three martial arts schools.[4]
Read more...

Winnick has appeared in many films, including Stand Up Guys, Failure to Launch, Love & Other Drugs, and Killers. She has guest-starred in numerous television shows, most notably House,[5] The Glades, Bones, Law & Order, Law & Order: Criminal Intent, CSI, CSI: NY, CSI: Miami, Criminal Minds, Person of Interest,[6] and Nikita. In her role on Bones, she portrays Hannah Burley, a war correspondent who had been posted to cover the war in Afghanistan and becomes a love interest for main character Seeley Booth.

Winnick starred in the comedy-drama film Cold Souls, which had its world premiere at the Sundance Film Festival 2009. In 2011, Winnick was cast in a guest role on The CW's spy drama Nikita. In 2013, she starred in A Glimpse Inside the Mind of Charles Swan III and appeared in the comedy The Art of the Steal. She also joined History Channel's Vikings, starring in the role of Lagertha, a legendary figure in Viking history.[4][7] In July 2017, Winnick stated on her Twitter account that she had been cast for a role in what was thought to be a film project, and that it will be announced at the San Diego Comic-Con International.[8] She was later revealed to be cast as a main character in the Nazi Zombies mode of the video game Call of Duty: WWII.[citation needed]

In July 2018, it was announced that Winnick was cast in the series regular role of Christine "C.G." Gavin on the upcoming Netflix series, Wu Assassins.[9]