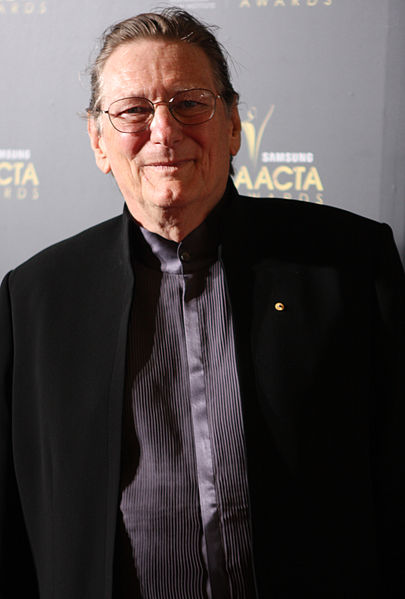 Frederic Alan Schepisi was born in Melbourne, Victoria, the son of Loretto Ellen (née Hare) and Frederic Thomas Schepisi, who was a fruit dealer and car salesman of Italian descent.[2] He began his career in advertising and directed both commercials and documentaries before making his first feature film, The Devil's Playground, in 1976.

In 1991, his film The Russia House was nominated for the Golden Bear at the 41st Berlin International Film Festival.[4]

In 2005, Schepisi directed and co-produced the HBO miniseries Empire Falls, for which he was nominated for the Emmy Award for Outstanding Directing for a Miniseries, Movie or Dramatic Special and the Directors Guild of America Award for Best Director of a TV Film.

In 2007, he was the Chairman of the Jury at the 29th Moscow International Film Festival.[5]

In April 2008, it was announced Film Finance Corporation Australia was providing funding for Schepisi's film The Last Man, about the final days of the Vietnam War. It was scheduled to begin filming in Queensland, with Guy Pearce and David Wenham in leading roles, towards the end of the year.[6]

In 2011, Schepisi directed The Eye of the Storm. Filmed in Melbourne, Sydney and Far North Queensland, and based on the novel by Patrick White, The Eye of the Storm stars Charlotte Rampling, Judy Davis and Geoffrey Rush. The story is about "children finally understanding themselves through the context of family".[7]

In 2012, he directed Words and Pictures starring Juliet Binoche and Clive Owen. Schepisi has also directed a number of music videos, including for the 2008 song "Breathe" by Kaz James featuring Stu Stone.[8]

Asked about the "gypsy-like existence" of a filmmaker, Schepisi has said: "It's the hardest thing. I think we're today's circus people. It's very hard on your family. Mary travels with me and when everyone was younger and it was possible, I liked them to travel with me and be with me. Fortunately, Mary's an artist; she paints, and often finds inspiration from our locations."[9] Schepisi has seven adult children[2] and one grandchild.

Fred Schepisi has been married three times and has seven children. He had four children with his first wife Joan; his second wife Rhonda died of cancer, after they had two children. His third wife, Mary, whom he married in 1984 and with whom he had a seventh child, is American.[10]

He supports Australia becoming a republic and is a founding member of the Australian Republican Movement.[11]