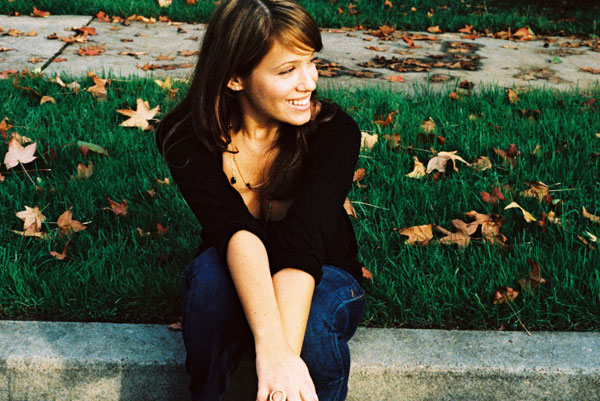 Marla Lynne Sokoloff (born December 19, 1980) is an American actress. She is known for playing the part of Lucy Hatcher on the television show The Practice, Wilima in the film Dude, Where's My Car?, and Gia Mahan on the ABC sitcom Full House and Fuller House.

Sokoloff was born in San Francisco, to Cindi (née Sussman) and Howard Sokoloff, a former caterer and podiatrist, respectively. Her family is Jewish[1] and originates from Russia and Germany. Sokoloff graduated from the Los Angeles County High School for the Arts.
Read more...

Sokoloff began acting at age 12 when she was cast as Gia Mahan, Stephanie Tanner's archenemy-turned best friend in the sitcom Full House. In 1998, Sokoloff landed her most notable role as she was cast as the receptionist Lucy Hatcher in The Practice. Along with other popular appearances, she is well-remembered as Joey's pregnant sister, Dina, in season 8 of Friends. Sokoloff also had a three-episode stint as a nanny in Desperate Housewives.

In November 2006, she starred in the ABC television series Big Day, which ended on January 30, 2007. She also made a guest appearance in an episode of Burn Notice, where she played Melanie, working undercover as a receptionist at a Miami art gallery, whose owner had murdered her character's father.

Sokoloff also has starred in several movies, including Whatever It Takes, The Climb, The Tollbooth, Dude, Where's My Car?, Sugar & Spice and Love on the Side.

In 2008, Sokoloff starred alongside Paul Campbell, Andy Griffith, Doris Roberts and Liz Sheridan in the romantic comedy Play the Game. She also voices the Glatorian Kiina in Bionicle: The Legend Reborn. She played Imogene O'Neill in the mini series Meteor.

In 2012, she starred in the cable-TV movie A Christmas Wedding Date.[citation needed]

After meeting on the set of Whatever It Takes in 1999, Marla dated co-star James Franco for five years.[2]