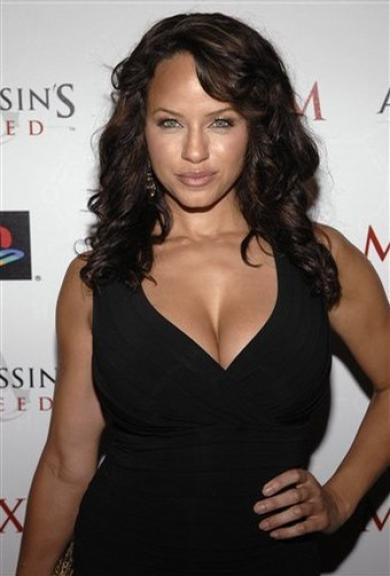 Arcieri was born in San Francisco, California, the daughter of an Italian American father and African-American mother, Anita Van Buyten.[2] Arcieri spent the better part of her childhood in Sebastopol, located in California's wine and redwood country. Upon graduating from high school, she moved to San Francisco, where she dabbled with both graphic design and photography before becoming a make-up artist.[citation needed]
Read more...

Arcieri was crowned Miss San Francisco in 1997, and soon after she began appearing in both commercials (including 1-800-COLLECT and Starburst) and music videos with the likes of Boyz II Men, Montell Jordan, and Q-Tip. Such work eventually brought her to the attention of writer-producer Timothy Stack, who cast her in the role of Jamaica St. Croix in his new series, Son of the Beach, a parody of Baywatch. That same year Leila was selected as the Coors Lite Beer 2000 spokesmodel.