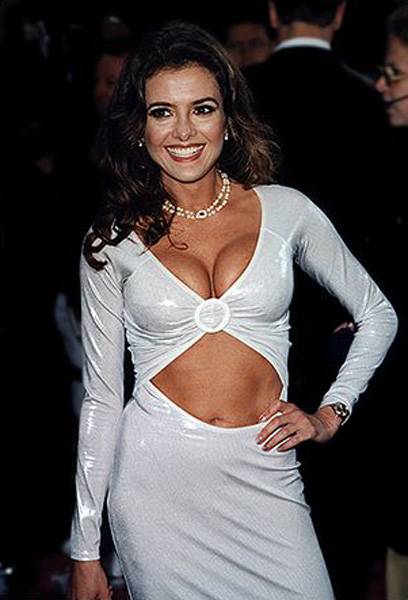 Fabiana Udenio (born December 21, 1964) is an Italian actress. Born in Argentina, she is best known for her role as "Alotta Fagina", a Bond girl parody in Austin Powers: International Man of Mystery.

Fabiana Udenio was born in Buenos Aires, Argentina, and moved to Italy, where at the age of thirteen, was crowned "Miss Teen Italy", that same year Fabiana made her theatre debut as Miranda in The Tempest directed by Giorgio Strehler. She began acting in films and television as a teenager.[1]
Read more...

Udenio's film roles include playing the daughter of a World War II Resistance fighter (Barbara Bouchet) in The Scarlet and the Black, Italian foreign-exchange student Anna-Maria Mazarelli in Summer School (1987), the sunbather in the "Sunblock 5000" commercial within RoboCop 2 (1990), Dan Cain's only living girlfriend Francesca in Bride of Re-Animator (1990), as "Alotta Fagina" in Austin Powers: International Man of Mystery (1997), as "Don Na" in The Godson (1998), and Gabriella in Pauly Shore's film In The Army Now (1994).

Udenio was married to Robert MacLeod for four years. She filed for divorce on February 5, 2009, citing irreconcilable differences. They have a son named Adrian Raice.[2]