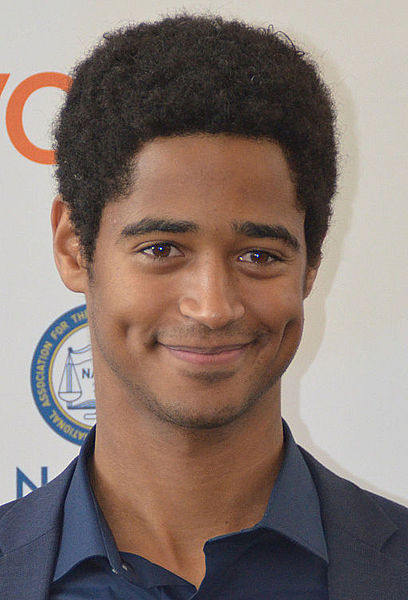 Alfred Lewis Enoch (born 2 December 1988) is an English actor, best known for portraying Dean Thomas in the Harry Potter film series and Wes Gibbins in the ABC legal drama How to Get Away with Murder.

Enoch was born in Westminster, London, to English actor William Russell and his second wife, Etheline Margareth Lewis [2], a Brazilian-born doctor of Barbadian origin.[3] He attended Westminster School,[4] a public school in London. In 2001 he was cast as Dean Thomas in Harry Potter and the Philosopher's Stone. He appeared in seven of the eight Harry Potter films. He also voiced the character in video games.

He is fluent in Portuguese,[5] and graduated with a degree in Portuguese and Spanish from The Queen's College, Oxford.

After the Harry Potter films, Enoch appeared in a number of plays throughout London including Coriolanus,[6] Timon of Athens,[7] Antigone, Happy New Year, and The Ballard of Salomon Pavey.[8] He played Bainbridge, the Bloody Guardsman, in the Sherlock episode, "The Sign of Three". In July 2011, Enoch appeared at the London Film and Comic Con.

In 2014, Enoch was cast in the series regular role of Wes Gibbins in the ABC legal drama series, How to Get Away with Murder produced by Shonda Rhimes.[9][10]

In 2016, Enoch was cast as Edgar/Poor Tom in the well received Talawa Theatre Company and Manchester Royal Exchange co-production of King Lear, for which he won much praise for his characterisation and the physicality he brought to the roles.[11][12][13][14]

Enoch returned to the West End in the 2018 revival of Red at Wyndham's Theatre, starring alongside Alfred Molina.[15]