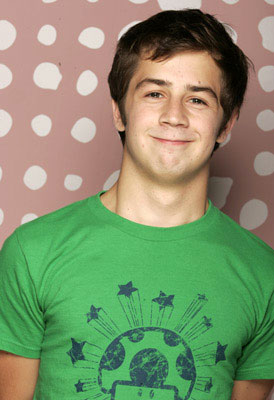 Angarano was born in Brooklyn, New York,[1] to Michael and Doreen Angarano; he has two sisters and a younger brother.[2] He is of Italian descent.[3]

In the late 1990s, Angarano was one of the finalists for the role of young Anakin Skywalker in Star Wars: Episode I - The Phantom Menace, but lost to Jake Lloyd.[6]

In 2000, 12-year-old Angarano acted in Cover Me: Based on the True Life of an FBI Family. The following year, he landed his first major film role in Little Secrets, opposite Evan Rachel Wood and David Gallagher. Three years later, he starred in the Nickelodeon TV-movie Maniac Magee. He played the lead role in 2005's Sky High. Other film roles include parts in The Bondage, Black Irish, Man in the Chair, Snow Angels, The Final Season, One Last Thing..., The Forbidden Kingdom, Ceremony, The Brass Teapot and Red State.

On television, from 2001 to 2006, he had a recurring role on Will & Grace as Elliott, the son of Jack McFarland, a role he reprised in an episode of the show's 2017 reboot. In 2007, he appeared in four episodes of the show 24 as Scott Wallace, a teenager taken hostage by a terrorist. From 2014 to 2015, he played Dr. Bertram "Bertie" Chickering, Jr. on Cinemax's period drama The Knick. Angarano has also played Eddie Zeidel on the Showtime series I'm Dying Up Here.

In 2008, Kristen Stewart said she and Angarano were in a relationship.[7] During 2014, he was living in Los Feliz, Los Angeles, with his then-girlfriend, actress Juno Temple, whom he met in 2012 during production of their film. The Brass Teapot.[8] As of 2016, they are no longer together.