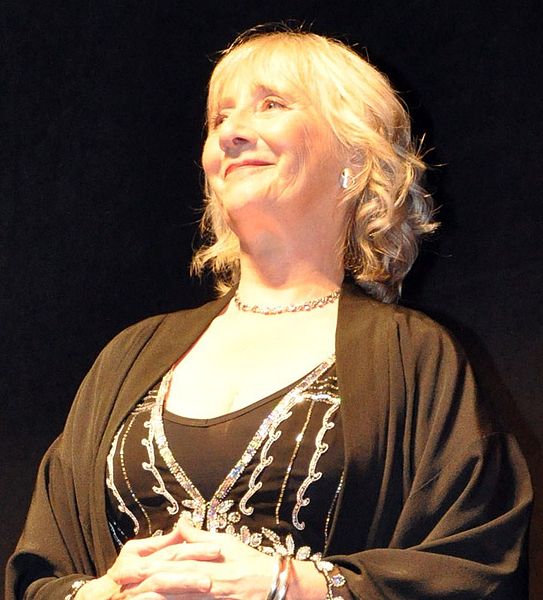 Jennifer Gemma Jones (born 4 December 1942) is an English character actress on both stage and screen. Her film appearances include Sense and Sensibility (1995), Bridget Jones's Diary (2001) and Woody Allen's You Will Meet a Tall Dark Stranger (2010). For her role in the BBC TV film Marvellous (2014), she won the 2015 BAFTA TV Award for Best Supporting Actress.

Gemma Jones appeared at Nottingham Playhouse in 1965, as Anya, in The Cherry Orchard.[5] In 1966, she played the great soprano Giuseppina Strepponi in After Aida at the Old Vic Theatre. Jones became known to television viewers after starring in the BBC serial Kenilworth (1967) as Queen Elizabeth I, and in BBC 2's 1970 dramatisation of The Spoils of Poynton.

She was first recognised outside the UK in the mid-1970s, after playing the Empress Frederick in the BBC television drama series Fall of Eagles and Louisa Trotter in another BBC drama, The Duchess of Duke Street. In 1980, she played the role of Portia in the BBC Television Shakespeare production of The Merchant of Venice, opposite Warren Mitchell's Shylock.

Jones played Mrs. Dashwood alongside Kate Winslet, Alan Rickman and Emma Thompson in the Academy Award-winning period drama Sense and Sensibility (1995). Her other notable roles include Mrs. Fairfax in Jane Eyre (1997) Lady Queensbury in Wilde (1997), Grace Winslow in The Winslow Boy (1999), Bridget's mother Pam Jones in Bridget Jones's Diary (2001) and Poppy Pomfrey in Harry Potter and the Chamber of Secrets (2002), reprising her role in Harry Potter and the Half-Blood Prince (2009) and Harry Potter and the Deathly Hallows - Part 2 (2011).

She received the British Academy Television Award for Best Supporting Actress for her portrayal of Neil Baldwin's mother, Mary, in the 2014 television film Marvellous.[6]

In 2015, Jones played the part of Petunia Howe in the three-part BBC series Capital, based on John Lanchester's novel of the same name.[7]