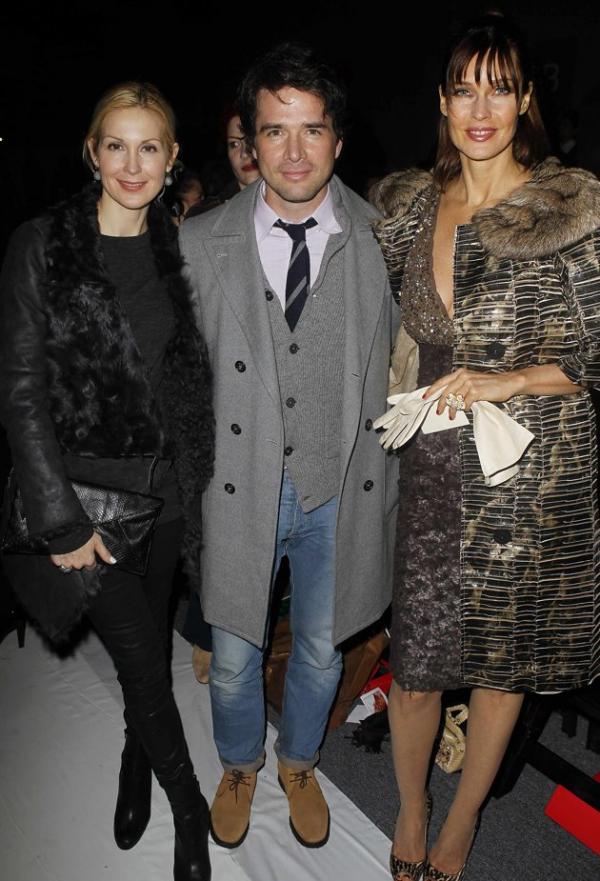 Alt was born in Flushing, Queens, New York, the daughter of Muriel, an airline employee and model, and Anthony Alt, a fire chief.[3] She was noticed waiting tables in East Williston, Long Island, and decided at age 18 to give modeling a try as a summer job to save money for college. She has two sisters, Karen and Christian. Alt is of German (her maternal grandparents immigrated to the United States from Germany), Belgian, and Irish descent.
Read more...

Alt's first big break in modeling was in 1979, when she was featured on the cover of Harper's Bazaar magazine, but garnered publicity in 1982 when she was featured on the cover of the Sports Illustrated Swimsuit Issue. During the 1980s she appeared on over 500 magazine covers, becoming one of the most famous models of her era, attaining supermodel status. Alt graced the covers of Vogue, Vogue Paris, Vogue Italia, Vogue UK, Mademoiselle, Elle and Cosmopolitan. She was referred to as The Face by Life Magazine. During the height of her popularity, she was the face of ad campaigns for Diet Pepsi, General Motors, Cover Girl Cosmetics, Noxzema, Hanes, Givenchy and numerous others. She was the first model to produce her own posters and calendars.[citation needed]

Since 1986 she has appeared in a variety of films, many of which were Italian productions. She played the character of Kelly LaRue in the TV series "Thunder in Paradise" in 1994. In 2004 she had a starring role in Snakehead Terror, a Canadian film. She played Karen Oldham in the television adaptation of Peter Benchley's Amazon (1999). She also had a few minor television roles, including one episode of Wings, and a voice role in an episode of King of the Hill.[citation needed]

She took on a number of model/spokesman projects, including becoming a consultant with the Le Mirador skin-care line and appearing on late night TV infomercials. Alt has written two books, promoting her own raw food diet plans. She was the cover girl for travelgirl magazine (in 2004 and 2008). She appeared on the cover and in a nude pictorial in Playboy's December 2008 issue. She placed #5 on askmen.com's list of Top 10 Models of All Time.[4]

In 2006 Alt was honored as Grand Marshal at the German-American Steuben Parade in New York City, the largest celebration of German-American Friendship in the United States. She was greeted by thousands of fans alongside Fifth Avenue. She was a contestant on NBC's 2008 The Celebrity Apprentice, with Donald Trump, competing for her charity, the Tony Alt Memorial Foundation (named for Alt's father), which raises funds for scholarships for young adults to continue their studies. She ended up in third place before being fired, but was brought back for the final task of the show and was chosen by finalist Piers Morgan to help him to become the Celebrity Apprentice. Alt raised a total of $40,000 for her charity.[citation needed]

She starred in the Italian TV series Caterina e le sue figlie 2 and in the TV movie Piper; both were aired on Canale5 in 2007. In 2009 she was one of the contestants of the Italian version of Dancing with the Stars (Rai Uno). She's also filming a new Italian TV series called Piper—The series, a spinoff of the successful TV movie of the same title broadcast on Canale5. In 2008 she founded Raw Essentials, a skin-care and beauty products line with her partners (Philip Masiello and Steven Krane).[citation needed]

In September 2013, Alt joined the Fox News team with her own half-hour Saturday afternoon TV show, A Healthy You & Carol Alt, which covers her own experience and knowledge about wellness and longevity. Each installment ends with a segment called Ask Carol, in which she answers questions she receives on Facebook and Twitter.[5][6] In October 2013, Alt was inducted into the Ride of Fame. A double decker New York City tour bus was dedicated to her and her career.[7]

Carol Alt is represented by The Model CoOp in New York and D Management in Milan.