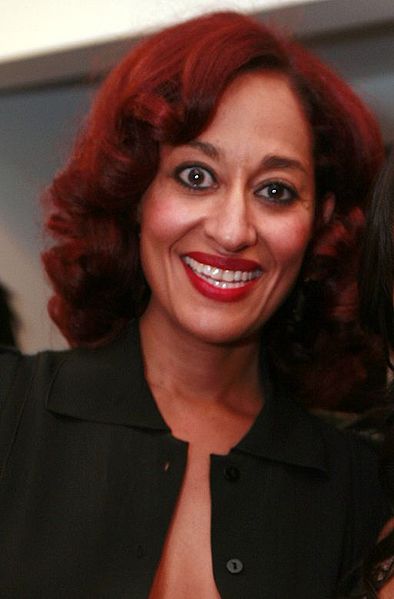 The daughter of actress and Motown recording artist Diana Ross and her ex-husband Robert Ellis Silberstein, Ross began her career acting in independent films and variety series. She hosted the pop-culture magazine The Dish on Lifetime. From 2000 to 2008, she played the starring role of Joan Clayton in the UPN/CW comedy series Girlfriends, for which she received two NAACP Image Award for Outstanding Actress in a Comedy Series. She also has appeared in the films Hanging Up (2000), I-See-You.Com (2006), and Daddy's Little Girls (2007), before returning to television playing Dr. Carla Reed on the BET sitcom Reed Between the Lines (2011), for which she received her third NAACP Image Award.

Since 2014, Ross has played the starring role of Dr. Rainbow Johnson in the ABC comedy series Black-ish. Her work on the series has earned her three NAACP Image Awards and a Golden Globe Award for Best Actress - Television Series Musical or Comedy. She has also received nominations for two Critics' Choice Television Awards and three Primetime Emmy Awards for Outstanding Lead Actress in a Comedy Series.

Born Tracee Joy Silberstein in Los Angeles, California, she is the daughter of Motown singer/actress Diana Ross and music business manager Robert Ellis Silberstein. Actor and musician Evan Ross is her half-brother.[2] Her father is Jewish,[3][4][5] and her mother is African-American.[6][7]

Ross attended The Dalton School in Manhattan, Riverdale Country Day School in the Bronx and the Institut Le Rosey in Switzerland. She was a model in her teens. She attended Brown University, where she appeared in plays, and graduated in 1994 with a theatre degree.[8] She later worked in the fashion industry, as a model and contributing fashion editor to Mirabella and New York magazines.[9]

Ross made her big screen debut in 1996, playing a Jewish/African-American woman in the independent feature film Far Harbor. The following year, she debuted as host of The Dish, a Lifetime TV magazine series keeping tabs on popular culture.[8] In 1998, she starred as a former high school track star who remained silent about having been abused at the hands of a coach, in the NBC made-for-TV movie Race Against Fear: A Moment of Truth.[10] Her next role was an independent feature film, Sue. In 2000, she landed her first major studio role in Diane Keaton's Hanging Up. The same year, she broke into comedy as a regular performer in the MTV series The Lyricist Lounge Show, a hip-hop variety series mixing music, dramatic sketches, and comedic skits.[11]

Ross's biggest career achievement came when she landed the lead role in the hit UPN/CW series Girlfriends in which she starred as the show's main protagonist Joan Carol Clayton — a successful (and often neurotic) lawyer looking for love, challenges, and adventure. The series centered on four (later three) young African-American women, and their male best friend.[12] In 2007, Ross won an NAACP Image Award in the category, Outstanding Actress in a Comedy Series for her role on the series. She won a second Image Award for the role in 2009.[13] In 2007, Ross starred with her brother Evan Ross and Queen Latifah in the HBO movie Life Support,[14] That same year, she appeared in the Tyler Perry theatrical movie, Daddy's Little Girls.[15] She appeared in the 2009 film Labor Pains.[16] In 2010, she appeared in an episode of Private Practice as a pregnant doctor.[17] In 2011, Ross appeared in four episodes of CSI as the estranged wife of Laurence Fishburne's character.[18][19] Ross starred in the sitcom, Reed Between the Lines, with Malcolm-Jamal Warner airing on BET starting in October 2011. She won a third NAACP Image Award for Outstanding Actress in a Comedy Series in 2012 for her performance in the series. In August 2012, it was announced that Ross would not return for Season Two.[20] In 2011, she appeared in the Lifetime film Five directed by Alicia Keys.[21] The performance in film earned her nominations for a NAACP Image Award and Black Reel Awards for Outstanding Actress in a Television Movie or Mini-Series. In 2012, Ross starred in the NBC drama pilot Bad Girls.[22]

In 2014, Ross was cast in the ABC comedy series, Black-ish, opposite Anthony Anderson.[23][24] She plays the female lead role of Dr. Rainbow Johnson. The series debuted with generally positive reviews from critics.[25] Ross received three NAACP Image Awards and received nominations for two Critics' Choice Television Awards and two Primetime Emmy Awards for her performance in the series.[26] Ross's 2016 nomination for Outstanding Lead Actress in a Comedy Series was the first for an African-American woman in that category in 30 years.[27] In 2015, Ross was awarded an honorary doctorate of fine art (honoris causa) by Brown University.[28]