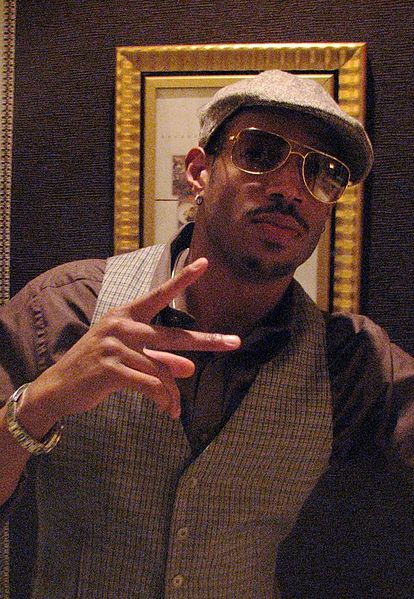 Marlon Lamont Wayans[1] (born July 23, 1972) is an American actor, comedian, screenwriter, and film producer, beginning with his role as a pedestrian in I'm Gonna Git You Sucka in 1988. He frequently collaborates with his brother Shawn Wayans, as he was on The WB sitcom The Wayans Bros. and in the comedic films Scary Movie, Scary Movie 2, White Chicks, Little Man, and Dance Flick. However, Wayans had a dramatic role in Darren Aronofsky's critically acclaimed Requiem for a Dream, which saw his departure from the usual comedies.

In 2009, he appeared in G.I. Joe: The Rise of Cobra. In 2013, he had a leading role in A Haunted House and co-starred in The Heat. A Haunted House 2 was released on April 18, 2014. He also appeared in the Netflix film Naked. Marlon has partnered with former Funny or Die co-founder Randy Adams to create What the Funny, an online destination for urban comedy.[2][3] Marlon created the comedy competition television show, Funniest Wins, which aired on TBS in June - August 2014.[4] As of 2014, Marlon and his brothers have been traveling the U.S. with "The Wayans Brothers Tour".[5] In 2016, Wayans wrote, produced and starred in Fifty Shades of Black. The film is a parody of the 2015 erotic romantic drama film Fifty Shades of Grey. In 2017, NBC gave him his own sitcom, Marlon, for a 10-episode run. In September 2017, Marlon got renewed by NBC for a second season which is now available on Netflix.

Wayans was born in New York City, the son of Elvira Alethia (Green), a homemaker and social worker, and Howell Stouten Wayans, a supermarket manager.[6] His family was involved religiously with Jehovah's Witnesses.[7][8] Wayans was raised in the housing projects of New York City, the youngest of ten siblings. He is the brother of Nadia, Shawn, Keenen Ivory, Damon, Sr., Dwayne, and Kim. Wayans went to Fiorello H. LaGuardia High School of Music & Art and Performing Arts in New York City, the school made famous in Fame. After completing high school, he attended Howard University in Washington, D.C..[9]
Read more...

Marlon appeared with his siblings on In Living Color between 1992 and 1993. From 1995 until 1999, Wayans co-starred in the WB sitcom The Wayans Bros. with brother Shawn Wayans. Wayans was originally considered for the role of Robin in the 1992 film Batman Returns,[10] however it was felt that the film featured too many characters, so the character was omitted from that film. He was then formally signed for the role in the 1995 sequel Batman Forever to play opposite Billy Dee Williams as Two-Face, but the mid-production change in directors from Tim Burton to Joel Schumacher would result in both parts being recast and Wayans being paid out (Williams was not yet signed on, but he received a penalty fee as his contract for Batman allowed him the option of reprise), for which he still receives some royalty payments to this day. He was replaced by Chris O'Donnell. He produced the first two films of the Scary Movie series, in which he and Shawn were credited writers and co-stars. Those films were released in 2000 and 2001. In 2000 he appeared as Tyrone C. Love in Requiem for a Dream and as Snails in Dungeons & Dragons. That same year he and his brother Shawn hosted the 2000 MTV Video Music Awards. Wayans produced the Nickelodeon cartoon series Thugaboo. In 2017, NBC gave him his own sitcom, Marlon, for a 10-episode run. In September 2017, Marlon got renewed for a second season by NBC, which is now available on Netflix.

In September 2017, Variety announced that Wayans would be partnering up with LA-based entertainment company Shots Studios to launch his own YouTube channel.[11] He's appeared in videos alongside creators such as Anwar Jibawi and Hannah Stocking.

Wayans is a fan of the Pittsburgh Steelers and the New York Knicks. Wayans was close friends with rapper Tupac Shakur until his death in 1996.