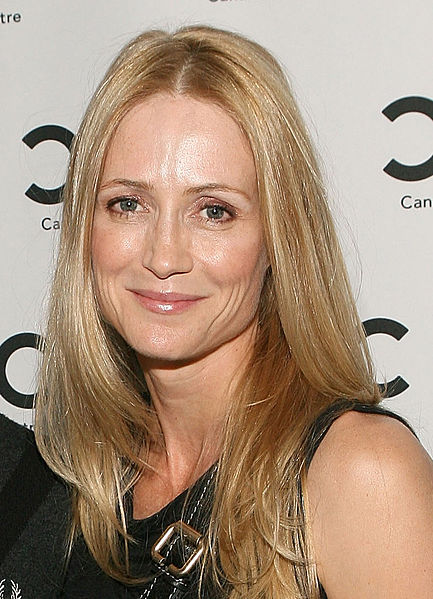 Kelly Rowan (born October 26, 1965) is a Canadian film and television actress and former fashion model. She is best known for portraying Kirsten Cohen in the American television series The O.C.

Rowan was born in Ottawa, Ontario, and is a graduate of Toronto's Northern Secondary School. She left the University of Western Ontario to pursue acting. Rowan has studied acting at the British American Drama Academy in England and in New York at the city’s famed Neighborhood Playhouse.
Read more...

She began modeling in her college years to earn money and started acting in commercials. She went on to appear in films such as The Gate, Hook, Three to Tango and One Eight Seven.

Rowan guest-starred in television series such as The Outer Limits, Growing Pains, Da Vinci's Inquest, CSI: Crime Scene Investigation and Dallas. In 1993, she won a Gemini award for her work in the television movie Adrift. In 1995-96 she played Matty Shaw in the TV series Lonesome Dove: The Outlaw Years as a funeral parlor operator and gun smith. In 2002, Rowan guest-starred in four episodes of Boomtown, playing "Marian", the deceived wife of David McNorris (Neal McDonough). In 2003, she was cast as Kirsten Cohen on the Fox television series The O.C.; for her role as the recovering alcoholic mother, she won a Prism Award.

Rowan has volunteered as an actress with the Young Storytellers Foundation. She has also starred in The O.C. co-star Peter Gallagher's music video Still I Long for Your Kiss, a song from his album 7 Days in Memphis, which was released in 2005. She also appeared in the television movie In God's Country and in the film Jack and Jill vs. the World. She completed her third project for Lifetime, producing a television movie, She Drives Me Crazy. In 2008, she completed a television film, The Good Times Are Killing Me which she was an executive producer for and starred in alongside Rupert Graves.

In early 2009, Rowan did a cameo role in the CSI: Miami episode, "Divorce Party". In 2011, Rowan starred in the television film, Cyberbully. In 2012, she began a starring role as Natalie Vincent in the TNT series, Perception.

Kelly announced her engagement to David Thomson, 3rd Baron Thomson of Fleet in late June 2007.[1] They broke off their engagement before Rowan gave birth to their daughter on April 28, 2008 in Los Angeles.[2]