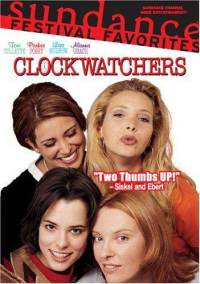 Alanna Noel Ubach (born October 3, 1975) is an American actress and voice artist known for her roles in Coco as Mama Imelda, Legally Blonde as Serena McGuire and Meet the Fockers as Isabel Villalobos.

She has provided voices for several characters in a number of animated television shows and movies, such as Liz Allan on The Spectacular Spider-Man, the title character on El Tigre: The Adventures of Manny Rivera, Lola Boa on Brandy & Mr. Whiskers, Strudel on Pound Puppies and four characters in the Oscar-winning animated film Rango. She played the first female assistant, Josie, on Beakman's World.

Ubach was born in Downey, California, the daughter of Sidna and Rodolfo Ubach.[2][better source needed] Her father was from San Juan, Puerto Rico and her mother, raised in Los Angeles, was from Sinaloa, Mexico.[3]

In 1994, she received a positive review from The New York Times for her role as a Jewish girl in Kindertransport at the Manhattan Theatre Club.[4] During this stage, she also landed a regular spot as Josie the assistant in the TV series, Beakman's World. Her early film roles include Airborne (1993), Sister Act 2: Back in the Habit (1993), Renaissance Man (1994) and The Brady Bunch Movie (1995). She later had roles in a series of indie films: Denise Calls Up (1995), in which she played the title character; Johns (1996), playing David Arquette's girlfriend and in Freeway (1996), with Reese Witherspoon and Kiefer Sutherland, playing a Latina gang girl. She also played roles in more mainstream films like Clockwatchers (1997) and alongside Reese Witherspoon in the two Legally Blonde films.[5]

In 2004, Ubach starred in the movie Waiting..., alongside Ryan Reynolds and Anna Faris and landed the role of a Latina maid/caterer in Meet The Fockers (2004). She also had recurring roles in Hung (2009) and Californication (2013).

Ubach stars with Lisa Edelstein as a regular cast member on Bravo's first-ever scripted series, Girlfriends' Guide to Divorce.[6][7] Ubach portrays Jo, who moves to Los Angeles to reinvent herself in the guest house of her just-divorced best friend from college, Abby.[8] Ubach describes the show as "fun and stylish, it's very relatable." The role of Jo was created following the exit of Janeane Garofalo.[9]

In June 2008, Ubach starred in and narrated her ongoing one-woman show, “Patriotic Bitch,” which ran at the Clurman Theatre in Theater Row.[10] Reviewing "Patriotic Bitch," The New York Times stated that the show, "can’t hold a candle to the very best of the genre," but nonetheless described it as, "entertaining one-act series of character monologues" and noted that Ubach was, "seriously talented."[11]

Report a problem
Write to Alanna Ubach at FanPal • 2021