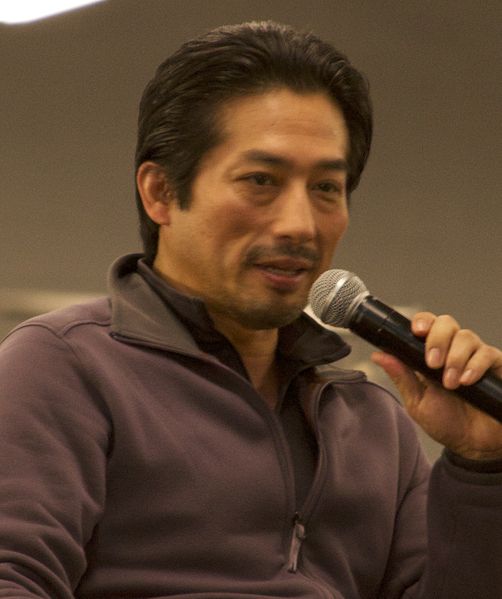 Sanada was born in Tokyo. Originally planning to be an action star, he studied Shorinji Kempo and later took up Kyokushin kaikan karate.[2] Sanada began training at the age of 11 with actor and martial arts star Sonny Chiba's Japan Action Club, where he developed good all-round martial arts ability, and soon became Chiba's protégé. Sanada's martial arts film career introduced him to Michelle Yeoh, with whom he later starred in Danny Boyle's Sunshine. He has a long-standing friendship with Jackie Chan, although he did not star in a film with him before Rush Hour 3 in 2007. Sanada was often credited in his younger days as Henry, Harry, or Duke Sanada.

Sanada received a bachelor of Arts from Nihon University.

Sanada has established himself as a character actor who is adept at playing a variety of roles. He was first noticed as a serious actor in the movie Mahjong Hourouki directed by Makoto Wada. Since then he has acted in every Wada movie — works filled with humor and a nostalgia for classic films.

In 1999 and 2000, he performed with the Royal Shakespeare Company (RSC) in their production of King Lear, which earned him an honorary MBE in 2002. Many media reports erroneously stated that Sanada received the honorary MBE for being the first Japanese actor to perform with the RSC. This is not correct: Japanese actor Togo Igawa performed with the RSC in 1985 and joined the RSC in 1986.[3] Sanada received his honorary MBE for his "contribution to spreading British culture in Japan through his performance in a joint Shakespeare production."[4]

Some of Sanada's more famous movies are Tasogare Seibei (The Twilight Samurai), Ring, Kaitō Ruby, and The Last Samurai. Sanada played Matsuda, the Japanese imperialist who befriends Ralph Fiennes's character, in the 2005 film The White Countess, directed by James Ivory. He starred in the Chinese film The Promise directed by Chen Kaige as General Guangming. Sanada has appeared in Rush Hour 3 with Jackie Chan and Chris Tucker and in 2007's The City of Your Final Destination, another James Ivory film, in which he plays the younger lover of Anthony Hopkins's character.

Sanada joined the cast of the ABC TV series Lost in 2010 during its sixth and final season. He portrayed Dogen, a high-ranking member of "The Others".[5] In March 2011 appeared in the Keanu Reeves vehicle 47 Ronin, the first English-language adaptation of the Chushingura legend, Japan's most famous tale of samurai loyalty and revenge.[6] Sanada is currently a guest star as Takehaya, a former Japanese Navy officer and legendary pirate captain in post-plague Asia, in the apocalyptic drama The Last Ship.[7]

Report a problem
Write to Hiroyuki Sanada at FanPal • 2021