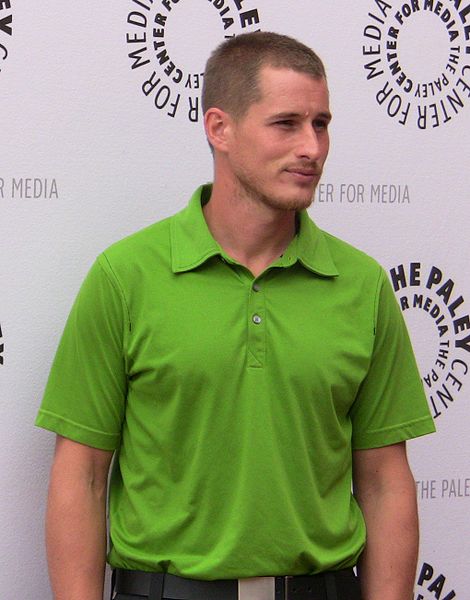 Fehr was born October 29, 1977, in New Westminster, British Columbia, to a mother who worked as a correctional case manager and a father who was a yacht manufacturer.[1][2] He moved to Winnipeg, Manitoba in 1990, and was raised a strict Mennonite.[3] He graduated in 1995 from Mennonite Brethren Collegiate Institute.
Read more...

Fehr has modeled for Levi's, Calvin Klein, Emporio Armani, and DKNY Jeans, and his pictures appeared in magazines. In 1996, he was cast in an early internet soap opera, CR6. Fehr broke into television in 1997 when he was cast in Breaker High. He enjoyed a regular role on the Sci-Fi TV series Roswell from 1999 to 2002. In 2001, Fehr starred in the U2 video "Stuck in a Moment You Can't Get Out Of". He plays a rookie football player named Paul Hewson (Bono's real name), who blows what would have been the game winning kick in an American football game as the ball hit the goal post. Fehr also appeared in Vanessa Carlton's video "Pretty Baby".

In 2008, Fehr starred as Jake Stanton in the ABC mini-series Samurai Girl, and had a recurring role as the character Jared Booth on Bones. In 2011, Fehr played a businessman in A Christmas Kiss and the navigator of a U.S. warship in the movie X-Men First Class. He also guest-starred in two episodes of Nikita (TV series).

In 2014, Fehr began playing the role of Dr. Drew Alister, an Army vet and surgeon at a San Antonio hospital, in the NBC drama The Night Shift. The show was renewed for a fourth season, which took place in 2017.[4]

Fehr was in a relationship with, and was engaged briefly to, his Roswell costar and onscreen love interest Majandra Delfino between 2001 and 2003. He currently lives in between Los Angeles, California and Albuquerque, New Mexico with his wife, Jennifer Rowley, whom he married in July 2006. The couple has three daughters: James Olivia (b. March 26, 2008), Ellison Jane (b. January 23, 2011) and Ondine Carda Kitty (b. January 18, 2013).[5]