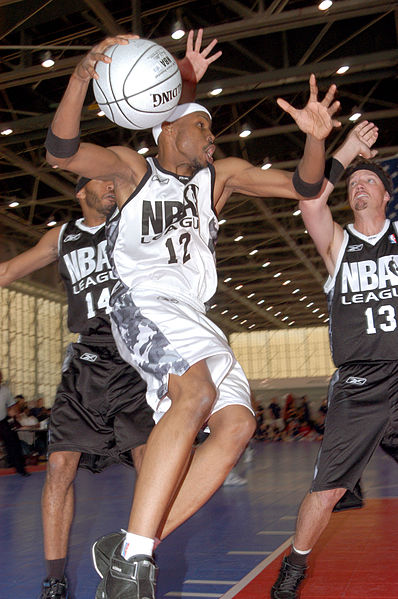 Sherwin David "Wood" Harris (born October 17, 1969) is an American actor. He is best known[citation needed] for his roles as the drug kingpin Avon Barksdale on the HBO crime drama The Wire, cocaine dealer Ace in Paid in Full and high school football player Julius Campbell in the 2000 film Remember the Titans. He is also known for playing Brooke Payne on the BET miniseries The New Edition Story in 2017. As of 2016, he plays Barry Fouray on VH1 miniseries The Breaks.

Harris was born in Chicago, Illinois, the son of seamstress Mattie and bus driver John Harris.[1][2] He holds a Bachelor of Arts in Theater Arts from Northern Illinois University (NIU) and a Master of Arts from New York University.[3][4][5] He is the younger brother of actor Steve Harris.[6]
Read more...

While enrolled in NIU, Harris starred in his first major film role in the basketball drama Above the Rim, starring opposite Tupac Shakur,[3] and appeared in many theatrical stage productions of various off-Broadway plays. Harris subsequently guest-starred in a variety of television and film venues before portraying legendary rock guitarist Jimi Hendrix in Showtime's 2000 movie, Hendrix.[3]

Later that year, Harris received his first NAACP Image Award nomination for "Outstanding Supporting Actor in a Motion Picture" along with the Blockbuster Movie Award nomination for "Favorite Supporting Actor in a Motion Picture" for his role as Julius "Big Ju" Campbell in Remember the Titans.[7] In 2002, he starred in the Dame Dash produced cult-classic film Paid in Full, based on the true story of three Harlem drug dealers with Harris playing the real-life kingpin Azie Faison.[8]

He starred as Avon Barksdale, loosely based on the real-life Nathan Barksdale, in the first three seasons of HBO's original series The Wire, as well as one episode in the fifth season.[4][5][9] He also produced his own debut album, Beautiful Wonderful, which was intended for release in 2005.[citation needed]

In June 2008, director Martin Guigui revealed that Harris was cast as Nate "Sweetwater" Clifton in Sweetwater, a movie about the first black player in the NBA.[10] As of April 2013[update], it is still in production.

In 2009, Harris starred in the film Just Another Day, as a successful fictional rapper named A-maze.[11] The film centers on a clash between a young up-and-coming rapper and an older one at the top of his game, the former played by Jamie Hector (whose character Marlo Stanfield had a similar role with respect to Harris's character in The Wire).

In 2012, Harris narrated the ESPN 30 for 30 film Benji. In the same year he also played Harold "Mitch" Mitchell in the Broadway revival of A Streetcar Named Desire by Tennessee Williams; alongside Blair Underwood, Nicole Ari Parker, and Daphne Rubin-Vega.[3]

In 2015, he reunited with The Wire cast member Michael B. Jordan for Creed, the latest installment of the Rocky franchise.