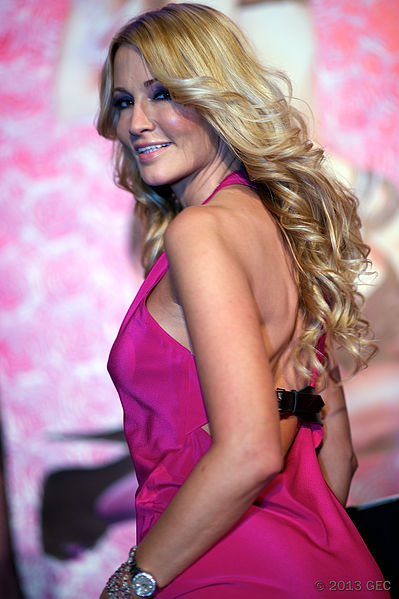 Drake grew up in Texas.[4] She began her adult entertainment career by posing for magazines and appearing on Playboy TV.[4] In 1999, she made the decision to become an adult film actress and shot her first movie.[4] She spent two years as a contract performer for the studio Sin City until May 31, 2002 when her contract expired.[5] She gained her first AVN Award in 2001, winning "Best Tease Performance" for her role in VCA Pictures' Shayla's Web.[6] In 2003, she signed an exclusive contract with Wicked Pictures,[7] after turning down offers from other companies.[4]

In 2004, during an HIV outbreak in the industry, she stated that she had only performed with men who wore condoms,[8] although gave the opinion that "working without condoms in the industry is less dangerous than going home with someone who you just met randomly in a bar."[9]

Her performance in Fluff and Fold, a romantic comedy set around a laundromat,[10] earned her the 2005 AVN Award for Best Actress, Video and the 2005 XRCO Award for Single Performance, Actress.[11][12] Along with comedian Jim Norton, Drake was chosen to co-host the 2007 AVN Awards,[13] and stated "this is probably the greatest thing that ever happened to me."[14] At the awards, she won Best Actress, Film for her role in Manhunters, for which Drake trained as a bounty hunter during pre-production.[15] Her directorial debut came in the 2008 film What Girls Like, having gained previous experience working as Brad Armstrong’s assistant director on titles such as 2007's Coming Home.[16][17]

She began writing screenplays during her tenure with Sin City,[4] and has since penned films including Dating 101, Love Always and Just Between Us.[16] In January 2009, she won her third Best Actress AVN Award, this time for her performance in Fallen,[18] which she has described as "the best movie I have ever been in."[19] In the film, she plays an angel trapped on Earth after the death of a woman she was sent to protect.[2] Around the time of the awards, she suffered a stress fracture to her left foot.[20]

Jessica Drake and her husband Brad Armstrong in 2006

In 2014, Drake was on CNBC's list of "The Dirty Dozen: Porn's Most Popular Stars".[30] Later in the year a documentary series began airing on The Movie Network and Movie Central titled Love, Jessica, directed by Kai Soremekun.[31]

Drake, along with her husband actor Brad Armstrong, were interviewed for a 2014 story in Cosmopolitan magazine about costume design in adult films.[32][33] In April 2014, Drake was part of discussion panel at the USC School of Cinematic Arts titled "The Piracy of Sex." The event featured Drake and copyright enforcement activist Nate Glass and was hosted by David Lerner, Ph.D.[34]

Drake is affiliated with an organization that focuses on building homes and providing clean water to people in poverty-stricken and remote areas. She has performed charity work in Cambodia, Kenya and Tanzania. In 2012, Drake formed a 501(c)(3) non-profit to assist in domestic efforts. This is separate from her role in the adult industry and the "jessica drake" brand, since she does not want anyone to believe that she volunteers her time as part of a public relations campaign. Her charity work is done anonymously.[35]

Seventeen days before the United States presidential election, 2016, Drake became the 11th woman to accuse Donald Trump, the 2016 Republican nominee, of sexual misconduct. On October 22, 2016, Drake and feminist civil rights attorney Gloria Allred held a news conference in which Drake accused Trump of having sexually assaulted her and two acquaintances nearly ten years prior. Drake said that she met Trump at the Wicked Pictures'[45] (her employers') booth[46] in a gifting suite[47][48] during the American Century Celebrity Golf Tournament,[49][50][51][52][53] a charity golf tournament at Edgewood Tahoe Golf Course[49][54] Lake Tahoe in 2006. Drake claims that she was invited to meet with Trump, at his hotel suite and since she was "uncomfortable going alone" she brought along two women friends. Describing the meeting with Trump, Drake recounted that "He grabbed each of us tightly, in a hug and kissed each one of us without asking permission." Drake stated that she and her friends left the suite after 30-45 minutes. Shortly thereafter, Drake received multiple phone calls from Trump or his associate, requesting that she join him in his suite for $10,000, and offering to fly her on his jet plane back to Los Angeles. She said she declined his offers.[55] At the press conference, Drake displayed a photo of herself and Trump together on the Lake Tahoe golf course.[55]

During the news conference, Drake said,[56][57] "I am not looking for monetary compensation. I do not need additional fame… I understand that I may be called a liar or an opportunist but I will risk that in order to stand in solidarity with women who share similar accounts."[55][58] In response to Drake's allegations, the Trump campaign stated that her story is "false and ridiculous", that "he picture is one of thousands taken out of respect for people asking to have their picture taken with Mr. Trump" but Trump did not know Drake and "would have no interest in ever knowing her," and that the story was "just another attempt by the Clinton campaign to defame a candidate".[59][60][55]

In January 2018, Drake's publicist, Josh Ortiz, commented that Drake had signed a non-disclosure agreement regarding “any and every mention of Trump”. On the following day, Ortiz however retracted his words by reading a statement supplied by Drake's lawyer, which stated that Ortiz had no knowledge of any non-disclosure agreement signed by Drake.[61]