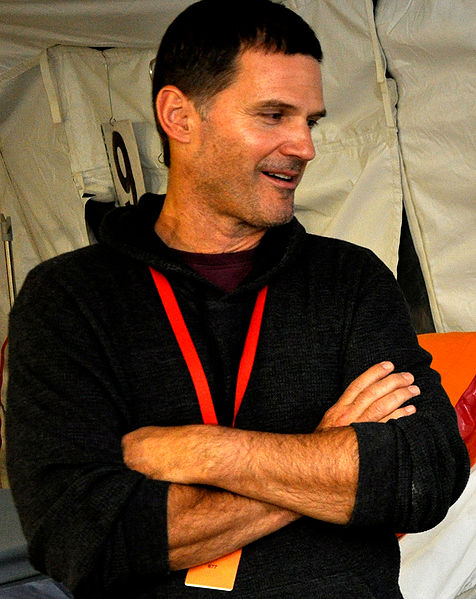 Donald Warren "D. W." Moffett (born October 26, 1954) is an American actor known for the recurring role of Joe McCoy on the NBC series Friday Night Lights, as Dean Winston on NBC/The WB series For Your Love, as John Kennish on the ABC Family series Switched at Birth and as Elliott in the TVLand sitcom Happily Divorced.

Moffett was born in Highland Park, Illinois, and raised in nearby Wilmette. He took the stage name of "D.W." to avoid confusion with British actor Donald Moffat. The Moffetts are able to trace their ancestry to Jean de Mophet. de Mophet was a Norman knight who invaded England with William the Conqueror in 1066 CE. Mophet was anglicized to Moffat and later Moffett. The town of Moffat, Scotland, in the borderlands of Scotland and England is the Moffetts’ ancestral home.[citation needed]

In the years 1969-1974, Moffett attended a private secondary school in Germany (Schule Schloss Neubeuern). After attending Stanford University, where he majored in political science, he found himself back in Chicago working as an investment banker. He was lured by a friend to the St. Nicholas Theater Company on a whim, where he began studying with William H. Macy. Shortly thereafter, he started his own theater company, called Remains Theater.

After a long and successful career on stage in Chicago, he went with John Malkovich to perform in Balm In Gilead in New York City. He then starred opposite Brad Davis in Larry Kramer's The Normal Heart, for which he won critical acclaim. He played opposite Matt Dillon in Boys of Winter, and was most recently seen on stage at the Old Vic theater in London, playing opposite Kevin Spacey in The Philadelphia Story.

Moffett has had a long and successful career in film as well. He was most memorable in Bernardo Bertolucci's Stealing Beauty and won a Screen Actors Guild Award for Steven Soderbergh's Traffic.[1] He also appeared in the 2003 movie Thirteen.[2]

On television, he starred in NBC's made-for-television film adaptation of Danielle Steel's novel Fine Things (1990) alongside Tracy Pollan. From 1998 to 2002, he was a main cast member on the NBC (later WB) sitcom For Your Love. He played Bob Hardy in the series Hidden Palms for the CW Network and starred in the 2007 CW series Life Is Wild as Dr. Danny Clarke. He then co-starred in the NBC drama Friday Night Lights. Since 2011, Moffett has been cast in the series Happily Divorced as Elliot, an on/off love interest of the main character played by Fran Drescher. He also plays as John Kennish: Bay's and Toby's father and Daphne's biological father, in the ABC Family series Switched at Birth. He also appeared in The Naked Brothers Band, playing an elementary school principal.

In 2017, Moffett was named chair of the film and television program at the Savannah College of Art and Design.[3]