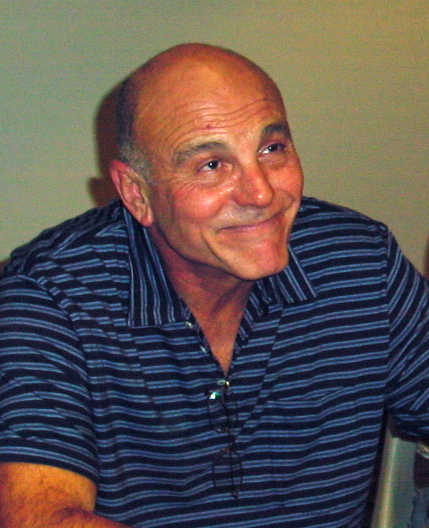 Carmen Antimo Argenziano (born October 27, 1943) is an American actor who has appeared in over 50 movies and around 100 television movies or episodes.[1][2] He is best known for playing Jacob Carter on Stargate SG-1. He had recurring roles on Booker, L.A. Law, Melrose Place, and The Young and the Restless. He had a small role in The Godfather Part II.

Argenziano was born in Sharon, Pennsylvania and raised in nearby Sharpsville, the son of parents of Italian descent, Elizabeth Stella (née Falvo) and Joseph Guy Argenziano, who was a restaurateur.[3] He has three children: two sons and a step-daughter.

One of Argenziano's best-known roles is as the recurring character Jacob Carter/Selmak in the television series Stargate SG-1. He is also a lifetime member of the Actors Studio and was awarded the Los Angeles Drama Critics' Circle Award for his performance as Jack Delasante in Thomas Babe's A Prayer for My Daughter.[2]

Argenziano is often cast as overbearing authority figures. He was cast in 2007 as one of the potential fellowship candidates in House M.D.—albeit as a fake doctor—but was eliminated. He guest-starred in 2009 in Criminal Minds, in the season 4 episode "Demonology" where he portrayed Father Paul Silvano.[citation needed]