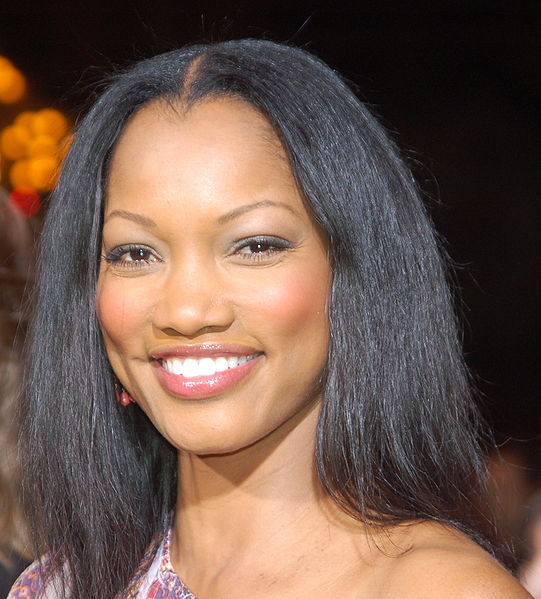 Garcelle Beauvais (: born November 26, 1966)[1] is a Haitian-American actress and former fashion model. She is best known for her roles as Francesca "Fancy" Monroe on The WB television sitcom, The Jamie Foxx Show, which ran from 1996 to 2001, and as Valerie Heywood on the ABC crime drama, NYPD Blue.

Beauvais was born in Saint-Marc, Haiti,[1] to Marie-Claire Beauvais, a nurse, and Axel Jean Pierre, a lawyer. After her parents divorced, Garcelle and her six elder siblings moved with their mother to the United States, first to Massachusetts and later to Miami.[2][3][4]
Read more...

At age seventeen, Beauvais went to New York City to pursue a career as a fashion model, after she was signed with Ford Models and Irene Marie Models in Miami. She modeled print ads for Avon, Mary Kay, and Clairol. Beauvais also modeled in catalogs for Lerner New York Clothing Line, Neiman Marcus, and Nordstrom; and walked the catwalk for Calvin Klein and Isaac Mizrahi, as well as shooting TV commercials for Burdines. She has appeared in Essence and Ebony, and is the cover model for the Jet June 6, 2011 issue.[5] She also posed for Playboy's August 2007 issue.[6]

In 1994, Beauvais first gained national attention as an actress playing the role of Cynthia Nichols in the primetime Aaron Spelling soap opera Models Inc.. From 1996 to 2001, she co-starred in The Jamie Foxx Show as hotel employee Francesca "Fancy" Monroe and the love interest of Jamie Foxx's character, Jamie King. From 2001 to 2004, she played Assistant District Attorney Valerie Heywood and the love interest of Detective Baldwin Jones (Henry Simmons) on NYPD Blue. In 2011 and 2012, Beauvais played a character on the TNT law drama Franklin & Bash. In 2013 Beauvais once again played the love interest to Jamie Foxx, playing the First Lady while he played the President in White House Down.

She starred in R. Kelly's music video for "Down Low (Nobody Has to Know)", as the wife of Ronald Isley and the lover of R. Kelly, delivering the title line as inducement for an affair. In 2001, after the Jamie Foxx Show ended its run, Beauvais appeared in Luther Vandross' music video, "Take You Out," playing Vandross' girlfriend.[4]

She also appeared on some episodes of Grimm as Henrietta.

In 2016, Beauvais was named as one of the co-hosts of the syndicated infotainment discussion series Hollywood Today Live after a month-long period of guest hosting the show.[7]

In 2008, Garcelle launched her children's jewelry line called Petit Bijou.[6] In 2013, she published a children's book, I Am Mixed, which was about diversity and race.

She was married to producer Daniel Saunders, their marriage ended in divorce. They had a son, Oliver Saunders, born in 1991.[5]

Beauvais married Mike Nilon, an Agent for the Creative Artists Agency, on May 12, 2001. Their twin sons, Jax Joseph and Jaid Thomas Nilon, were born on October 18, 2007. They had dealt with treatment over five years for infertility.[8][9] In April 2010, it was reported that Beauvais had discovered that Nilon was in the fifth year of an extramarital affair.[10] Beauvais issued a statement on April 9, 2010, explaining that her "focus at this time is on my kids and healing the pain."[11] Beauvais filed for divorce from Nilon on May 10, 2010, seeking joint custody of their sons.[12] The couple's divorce was finalized on April 1, 2011.