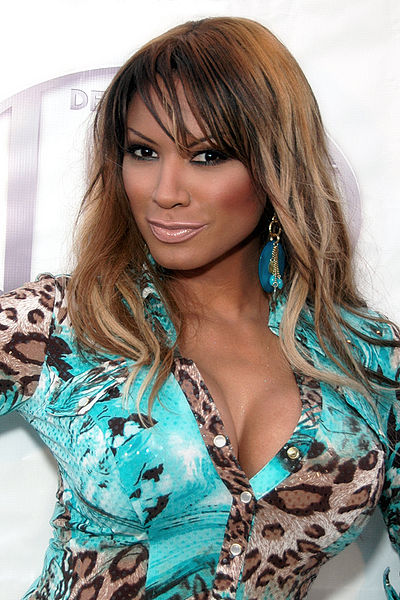 Traci Bingham (born January 13, 1968) is an American actress, model, and television personality who is best known for playing Jordan Tate on the television series Baywatch between 1996 and 1998.

Bingham was born in North Cambridge, Massachusetts,[1] the daughter of Betty, a librarian, and Lafayette Bingham, an aircraft technician.[2]

She graduated from Cambridge Rindge and Latin School in 1986.[3]

Bingham began her career in minor acting roles. Aside from Baywatch, Bingham's appearances include the television series D.R.E.A.M. Team and Beverly Hills, 90210, and the film Demon Knight.[4] She also played minor roles in the popular American sitcoms The Fresh Prince of Bel-Air and Married... with Children.

In June 1998, Bingham posed for a "Babes of Baywatch" pictorial in Playboy magazine.

Bingham has appeared on a number of reality television programs. In 2004 she was in the second series of The Surreal Life. Her cast mates included Ron Jeremy, Vanilla Ice, Erik Estrada, Tammy Faye Bakker and Trishelle Cannatella. Two years later, she flew to England to appear in Celebrity Big Brother where she made it to the final six contestants and was evicted on the final night of the show. She selected Families of SMA as the charity to receive a donation from her participation in the show because her niece had died from Spinal muscular atrophy (SMA). In 2007, Bingham appeared on VH1's The Surreal Life: Fame Games and won the $100,000 Grand Prize. In 2008, Bingham appeared on Fox Reality's Gimme My Reality Show! competing with six other celebrities to get their own reality show.

In 2005, Bingham was hired as a spokesmodel by Empire Poker, an online gambling site that ceased operations in 2006.[6]

Bingham is a vegetarian. She is a member of People for the Ethical Treatment of Animals, and has appeared in their advertising campaigns.[7] In May 2002 she appeared in an ad wearing a bikini made of lettuce,[8][9] and in May 2006 she appeared nude in an ad as part of the organization's "I'd Rather Be Naked Than Wear Fur" campaign.[10]